Fianna Fáil Senator Marc MacSharry sparked angry exchanges in the Seanad after he called Taoiseach Enda Kenny a "clown" and said that he had been allowed "urinate" on the house.

During the Order of Business, Mr MacSharry called for a debate into the conduct of Mr Kenny in recent weeks for saying that the Seanad did nothing to stop the excesses of the Celtic Tiger.

He said that "even as a Fianna Fáil person, we in the northwest of Ireland and in Connacht in particular were never so proud, so proud as to have a Taoiseach coming from our part of the country".

However, he added that since then "we see him clowning around Europe, it has to be said, acting like a clown, turning a circus ring of Government and the office of Taoiseach".

"I think I'll treat them with the contempt that they deserve," he added.

Addressing Cathaoirleach Paddy Burke, Senator MacSharry said that Mr Kenny "is undermining the contribution that you made over the years".

"And how dare he clown around Europe accepting Brian Lenihan's accolade's for putting this country back on the road to recovery.

"And he comes in on radio, on television and says that it is the Seanad that caused the economic crisis. Has anyone in the Taoiseach's office got a brain?"

He said that Mr Burke, the Taoiseach's "closest confidante" had "allowed him urinate on this house."

Mr Burke accused the senator of "showing no respect for the house". 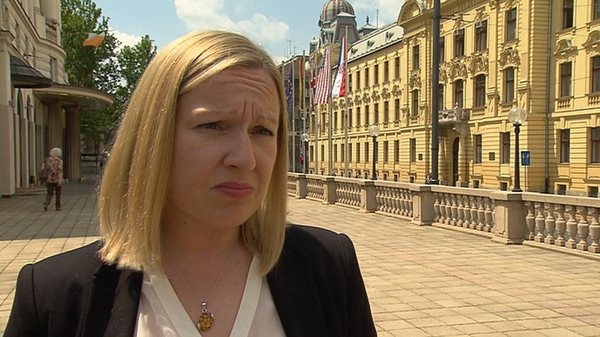