Minister of State for European Affairs Lucinda Creighton has said she is fully supportive of a referendum on the future of the Seanad.

Speaking on RTÉ Radio, Ms Creighton said the case for keeping it was a matter for the Irish people.

She said she did not see why the Seanad should not participate in greater scrutiny of EU legislation over the next three years and make itself relevant and useful.

Ms Creighton added that it was fair to say that the Seanad has not performed as well or as effectively as it might have over the past number of years, but neither had the Dáil and reform was needed.

She said she would not support a parallel proposition in a referendum for reform of the upper house.

People Before Profit Alliance TD Richard Boyd Barrett said that while he felt the Seanad in its current guise should be abolished, he still felt there was a need for a "second tier of democracy".

He said: "I think the Seanad should be abolished in the sense of the current elite institution which isn't really representative of society.

"I do, however, think we need another tier of democracy which acts as an oversight on Dáil Éireann, which is also dysfunctional.

"What I would be in favour of is some form of direct participatory citizens' assembly-type second tier of democracy."

A group of independent TDs has called for the Seanad to be reformed rather than abolished.

Shane Ross said the present Seanad should be "burned at the stake" and a proper second chamber built from the ashes.

Mr Ross said he will put forward a motion to reject it on the basis that options for reform have not been discussed.

He said he hoped he would get the support of Labour and Fine Gael TDs who do not support abolition.

Mr Ross has also put a Bill proposing reforms to the upper house, prepared by Senators Feargal Quinn and Katherine Zappone, on the Dáil order paper.

Finian McGrath said they would fight the Government in the Dáil, in the Seanad, and on every street in the country to defeat the abolition plan.

They were joined by fellow independents Maureen O'Sullivan and Mattie McGrath, and have letters of support from several other colleagues. 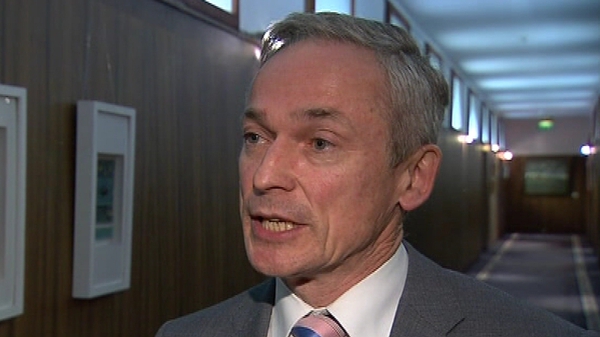