Minister for Education Ruairi Quinn has said legislation will be introduced in the Dáil next week to give effect to public sector pay cuts for those who have not signed up to revised pay agreements.

Mr Quinn said the legislation will be passed.

Reacting to the decision by secondary teachers not to accept the revised agreement, Mr Quinn said that is their right in a democracy.

But he said he hoped there would be no disruption in the system as Junior and Leaving cert students prepare for their exams.

Mr Quinn said the government will move forward on the issue, as it had to regain its economic sovereignty, and painful pay cuts are part and parcel of that.

The TUI and ASTI said there was not sufficient improvement in the Haddington Road Agreement for it to constitute a final offer and that it was still possible to conclude an agreement.

Minister Quinn said he was not in a position to say when the cuts would materialise in public servants’ pay packets, but it will be as soon as practically possible, as savings of €300 million must be achieved in this calendar year.

Minister for Finance Michael Noonan said the government remains "hopeful" that the Haddington Road Agreement would be accepted by unions.

Mr Noonan said he was talking to Minister for Public Expenditure and Reform Brendan Howlin last night, who was "quietly confident", because the leadership of some of the main unions, such as the INTO and SIPTU, were recommending acceptance,.

He understood the two secondary teachers' unions that had opposed it were deferring the vote until the autumn.

Mr Noonan said the deal was very important, as the savings were already built into Budget 2013 and succeeding budgets.

Mr Noonan complimented Mr Howlin for his "cool handling" of the situation, and said he would continue to give unions the space to come to their own decisions.

The Alliance of Retired Public Servants is meeting Mr Howlin to discuss changes to pension payments under the Haddington Road Agreement.

He said his group had initially requested to be involved in talks for a successor to the Croke Park Agreement in January, but were informed by the department that any involvement would be "inappropriate".

Mr O'Riordan claimed the alliance had requested several meetings with Minister Howlin since the start of the year.

He said they were being facilitated today after "two series of lengthy discussions with serving public servants".

Mr O’Riordan said the group did not yet know what is proposed in terms of allowing retired public servants have an input and said: "The idea that you would use emergency legislation affecting 140,000 people, and you wouldn't even give them a voice - it is extraordinary."

Meanwhile, the Association of Secondary Teachers, Ireland said it will not ballot members on the Haddington Road Agreement because the union's executive "reflects exactly" what members are saying.

Speaking on the same programme, ASTI General Secretary Pat King said his members had already been balloted twice and there was a clear message from teachers that the changes in the new deal were not profound enough and it was not acceptable to them.

He said members had voted by 86% and 84% in the two previous ballots to reject the Croke Park proposals and to take industrial action.

Mr King said any industrial action would be "measured", but his members had to respond if the Government took the "very serious" step of imposing pay cuts through legislation.

He said: "Secondary teachers are saying that they have taken sufficient pay cuts, they have given extra hours, they have done everything that was required of them under the original Croke Park  agreement.

"The Government is now threatening to renege on that and we have to react".

Meanwhile , the Irish Federation of University Teachers has decided that it will hold a ballot of members on the Haddington Road Agreement, but only following a special consultative conference of members, which will take place on 8 June.

Following the special consultative conference IFUT will decide whether to recommend acceptance, rejection or to take no position on a subsequent ballot of all members.

IFUT also says it will be seeking legal opinion on the legal and constitutional validity of the proposed Government legislation aimed at imposing its proposals.

SIPTU Vice President Patricia King said the union has achieved improvements for its members in the Haddington Road deal.

The union is recommending acceptance of the new public service pay and reform agreement.

Also speaking on Morning Ireland, Ms King said the executive had received strong feedback from members on the reforms they wanted after the Croke Park II deal.

She said SIPTU achieved reforms on a number of issues, including increments for the lower paid, overtime payments and pay freezes for the higher paid. 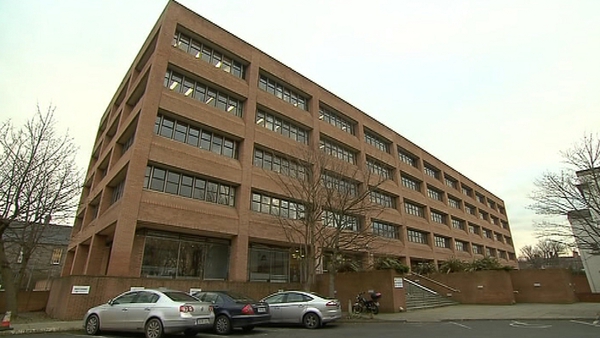