The country's largest union, SIPTU, has decided to recommend acceptance of the new public service pay and reform agreement to its members, but the ASTI and the TUI have reaffirmed their rejection of the proposals.

The Government has published the legislation to cut the pay and pensions of public servants.

The Financial Emergency Measures in the Public Interest Bill 2013 is required to reduce the pay of public servants earning over €65,000, in line with the new deal, the Haddington Road Agreement.

The Association of Secondary Teachers Ireland and the Teachers' Union of Ireland said the new deal does not represent sufficient change from the original proposals.

The ASTI said it has decided not to re-ballot its members on the deal.

The standing committee of the union met and reaffirmed its rejection of the Croke Park II proposals.

It said the revised proposals did not represent a sufficient change from Croke Park II, which was emphatically rejected by all teacher unions.

A spokesperson said the union pointed to the two previous ballots, which represented a firm rejection of the proposals.

The TUI has also decided not to re-ballot members.

Between them, the ASTI and the TUI represent over 30,000 teachers.

A spokesperson for the Depeartment of Public Expenditure and Reform said Minister Brendan Howlin will stand back and let members consider the options open to them.

The INTO, which represents 32,000 primary school teachers, voted to recommend acceptance.

The executive of the Irish Federation of University Teachers has yet to decide its position.

It remains to be seen whether the Government will move to impose cuts in pay and conditions without consent.

The Government is planning to enact the FEMPI legislation as soon as possible.

It has consistently stated that unions which do not sign up to the deal will have the legislation applied in full, including a three-year across-the-board increment freeze.

The legislation also gives Government ministers the power to alter other terms and conditions, including extending working hours.

It allows ministers or other bodies to set terms and conditions of public servants to reduce remuneration, apart from core pay, or increase working time.

However, this will not apply to any group of public servants – such as judges - whose pay is set by primary legislation.

The power to reduce pay or adjust terms and conditions will apply notwithstanding any legislation, contract or other agreement to the contrary.

The legislation provides for pay cuts for the judiciary, who were deemed to be constitutionally exempt from such measures prior to the referendum on judges' pay.

It also covers Government ministers and Oireachtas members, employees of the National Treasury Management Agency and the Railway Procurement Agency.

Previously, the NTMA and the RPA had been exempt from the pay cuts imposed by the Government in January 2010.

However, no salary will be allowed to fall below €65,000 for employees hit by direct pay cuts.

Public service pensioners who retired before February 2012 - on pensions linked to their pre-pay cut salaries - and whose pensions exceed €32,500 a year will experience cuts as follows:

This would affect pensioners including former taoisigh, and top civil servants.

For those who retired after February 2012, based on lower post-pay-cut salaries - will see reductions as follows:

However, no pension will be allowed to fall below €32,500 as a consequence of the cuts.

In addition, those retiring before 31 August 2014 will have their pensions calculated as if the pay cut and increment freeze had not been imposed.

The Bill also reduces the rate of pension levy for State employees by €125 a year.

The legislation is due to be debated in the Dáil and Seanad next week. 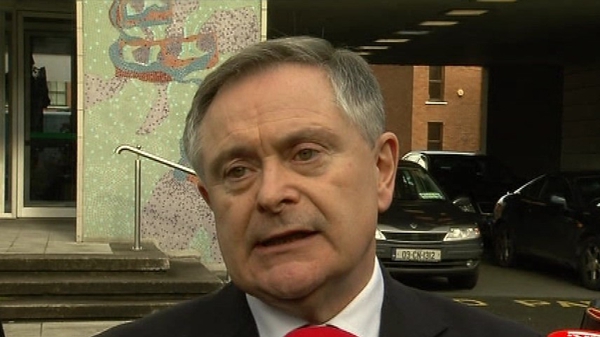