He urged North Korea to refrain from further launches and return to stalled nuclear talks with world powers.

"We are very worried over North Korea's provocative action," he said.

"I hope North Korea will refrain from further such actions. They must soon return to talks and lower tensions."

The UN chief also called on Russia to exert its influence to help steer North Korea back to nuclear talks.

The South Korea Defence Ministry, which reported the incident, did not say whether it was a missile or artillery.

Launches by North Korea of short-range missiles are not uncommon, but after warnings from the communist state of impending nuclear war, such actions raised concern about regional security and prompted Western powers to urge restraint.

Tension on the Korean peninsula has subsided in the past month, having run high for several weeks after North Korea’s third nuclear test in February. 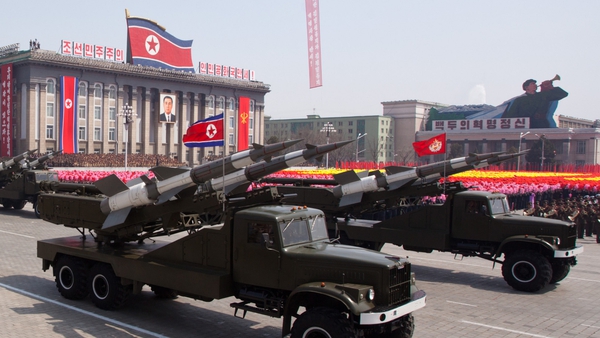