South Korea's Defence Ministry has said North Korea fired three short-range missiles from its east coast, but the purpose of the launches was unknown.

Launches by North Korea of short-term missiles are not uncommon, but the ministry would not speculate whether these latest launches were part of a test or training exercise.

"North Korea fired short-range guided missiles twice in the morning and once in the afternoon off its east coast," said an official at the South Korean Defence Ministry.

The official said he would not speculate on whether the missiles were fired as part of a drill or training exercise.

"In case of any provocation, the ministry will keep monitoring the situation and remain on alert," he said.

A Japanese government source, quoted by Kyodo news agency, noted the three launches, but said none of the missiles landed in Japan's territorial waters.

Tension on the Korean peninsula has subsided in the past month after running high for several weeks following the imposition of tougher UN sanctions against North Korea following its third nuclear test in February.

The North had for weeks issued nearly daily warnings of impending nuclear war with the South and the US.

It conducted a successful launch of a long-range missile last December, saying it put a weather satellite into orbit.

The US and its allies criticised the launch as a test of technology that could one day deliver a nuclear warhead.

During the weeks of high tension, South Korea reported that the North had moved missile launchers into place on its east coast for a possible launch of a medium-range Musudan missile.

The Musudan has a range of 3,500km, putting Japan in range and possibly the US South Pacific island of Guam. 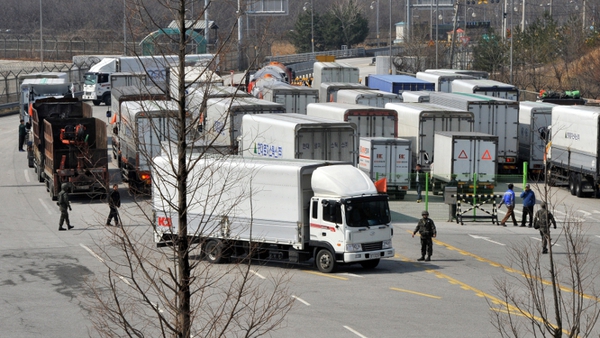