LRC Chief Executive Kieran Mulvey has been given until Monday to see if a negotiated settlement can be reached in the row over the extension to the Croke Park public service pay agreement.

Mr Mulvey said that the extension of time had been granted on the basis that the talks would be concluded by Monday, so that a full report can be brought to Cabinet on Tuesday.

He was speaking after a two-hour meeting with Minister for Public Expenditure & Reform Brendan Howlin this evening.

Mr Mulvey said he intends to engage either with individual unions or groups of unions in sectors such as education to see if progress can be made.

Asked whether there was a realistic prospect of success, he said it was hard to say.

He said the LRC remained available to any union that wished to engage with it if it had imaginative creative ideas.

Mr Mulvey said there was no prospect of easing the burden on public sector workers through extra taxation or the proceeds of the promissory note deal, saying they were a matter for the Government.

Mr Mulvey has been meeting individual unions for the past two weeks to explore the room for manoeuvre on specific issues.

Earlier today, he met SIPTU, as well as the Civil Public and Services Union, which represents lower-paid civil servants.

The Government has made it clear that if agreement is not reached, it is prepared to legislate for pay cuts without consent.

A Government spokesperson said this evening that while no decision has been made regarding the nature of legislation to be tabled, internal discussions on the options available to Government have commenced between the Department of Public Expenditure and Reform and the Attorney General's office. 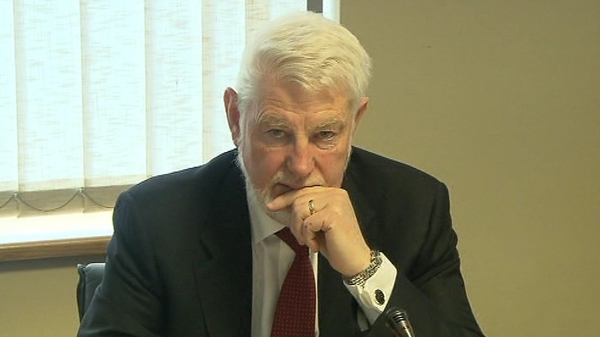