Taoiseach Enda Kenny has responded to Cardinal Seán Brady's comment that the Catholic Church would be "mobilising" in relation to the draft legislation on abortion.

Mr Kenny said that everybody is entitled to express an opinion on the issue.

Speaking in Co Mayo this afternoon, the Taoiseach said the Protection of Life During Pregnancy Bill is about women, certainty, saving lives and legal clarity for doctors.

Mr Kenny said that he had told the Cardinal and members of the Church that, as Taoiseach, he had a duty to legislate.

Mr Kenny said there is no change to the law on abortion in Ireland.

Asked if a contentious time lies ahead with TDs being lobbied, the Taoiseach said that is a matter for the Church.

Also asked if he was confident there would be no defections and the legislation would pass, Mr Kenny said he would hope that "we can bring everybody with us on this matter and that it would be enacted before the summer recess".

Mr Kenny was speaking at Ireland West Airport in Knock.

Meanwhile, Fine Gael TD Simon Harris has said that he fundamentally disagrees with former taoiseach John Bruton's criticism that the bill is not in accordance with Fine Gael's values.

Speaking on RTÉ's The Week in Politics, Mr Harris said that Mr Bruton led one of six governments that had failed to legislate for the X Case which, he said, was a luxury Mr Kenny did not have.

Separately, Minister of State Kathleen Lynch said the planned legislation was very restrictive and clear in its intent.

If the Government was to go any further in legislating for abortion, that would be an issue for the people, she added. 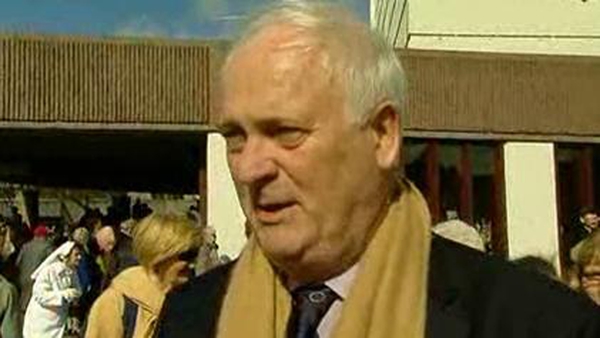 Catholic Church calls on people to lobby politicians over abortion