The Fianna Fáil Parliamentary Party has decided to defer a decision on whether or not to support the Government's abortion legislation.

After meeting in Leinster House for four-and-a-half hours, it was decided to reconvene after hearings into the bill by the Oireachtas Committee on Health.

The party's health spokesperson, Billy Kelleher, has been asked to raise some of the concerns expressed at this afternoon’s meeting with the committee.

In a statement, Mr Kelleher said the Parliamentary Party would meet again following the Oireachtas meetings.

It is understood the party is evenly divided on whether or not to support the measure.

One source described this afternoon's discussions as "calm".

Meanwhile, a woman who took a case to the European Court of Human Rights is seeking permission to make a submission to the committee hearings on the proposed Protection of Life in Pregnancy Bill.

Deirdre Conroy took the case known as 'D Versus Ireland'.

It comes as the Oireachtas Joint Committee on Health and Children meets to discuss the next stage in dealing with the heads of the proposed bill.

Speaking on RTÉ's Today with Pat Kenny, Ms Conroy said terminations should be made available to women in cases of fatal foetal abnormalities.

Ms Conroy said that she was not aligned with any particular group either in favour or opposed to abortion, but was speaking on her own behalf.

"I have requested to make a submission to the Oireachtas Committee reviewing the current heads of the bill and I do hope they grant that."

In 2002, following the death of one of her twins in the womb, Ms Conroy was informed that the second child had Edward's syndrome, a fatal foetal abnormality.

As a result, Ms Conroy sought an abortion in another jurisdiction, and later took a case against the State to the European Court of Human Rights.

Ms Conroy, who maintained her anonymity until recently, said she was motivated to speak out following the death of Savita Halappanavar.

On the programme, Ms Conroy acknowledged for the first time that she had obtained a termination on the island of Ireland, in Northern Ireland.

Ms Conroy called for similar services to be made available to women in her situation in the Republic.

The witness list for the hearings on the heads of the bill is expected to be finalised on Tuesday.

The health committee is expected to hold hearings over three days - 17 May, 20 May and 21 May - and will hear from legal and medical experts.

As well as hearing from expert witnesses, the committee will also take written submissions from interested parties and members of the public.

Details of how to submit written evidence will be on the committee's website.

Asked if the committee would hear from women who had experienced abortions, chairperson Jerry Buttimer said that issue would be discussed at their next meeting on Tuesday evening.

Dr Berry Kiely of the Pro-Life Campaign has indicated there is no case where there is a fatal foetal abnormality where she believes that a woman should be allowed to have a termination in Ireland.

She was responding to Ms Conroy.

Also speaking on Today with Pat Kenny, she said that if what you are trying to do is end the life of the baby, it amounts to euthanasia.

Dr Kiely said that a recent report she had seen had shown that 75% of babies with anencephaly were born alive. She said that they do not live long.

Earlier, the chairperson of the committee said its hearings would mirror the hearings held on the expert group's report in January.

Speaking on RTÉ's Morning Ireland, Mr Buttimer said that it was important that the hearings would strike the right tone and that it would be respectful of differing viewpoints.

Mr Buttimer said that expert witnesses will be called and the committee will also have to consider how best to hear submissions from women themselves.

He said: "We've had a lengthy series of communication and correspondence from members of the Oireachtas and from outside personnel requesting to appear at the committee hearings.

"I think ... the main body of work at this stage will be from medical and legal personnel, in particular in the area of psychiatry, obstetricians, gynaecologists and I would envisage the masters of the hospitals.

"I think it's important that we allow people to come in and give their views at the committee who are experts.

"I have very much an open mind as to the request that has been made as to the women. That is a matter for the committee this morning to discuss."

The atmosphere was said to be calm with contributions on both sides of the debate.

However, it is expected that there will be some defections when the measure is voted on in the Dáil and Seanad.

Minister for Health James Reilly this morning said he believes the proposed bill has accommodated many people’s concerns around the issue of legislating for the X Case.

However, Mr Reilly said there are members of Fine Gael who remain opposed to the bill.

He said that Government would continue to work to accommodate their concerns.

Elsewhere, Independent TD Mattie McGrath told the Dáil that the bill is seriously flawed and undermines the rights it sets out to protect.

He said it does so by framing legislation that completely ignores the weight of medical evidence that demonstrates beyond reasonable doubt that abortion as a treatment for suicide is harmful to women.

Tánaiste Eamon Gilmore said that bill was intended to protect the lives of women during pregnancy.

He said there are occasions when things go wrong during pregnancy and women deserve to know that their lives will be protected, just as doctors need to know there is legal clarity.

Sinn Féin's Mary Lou McDonald said she looked forward to seeing the bill on the statute book by the summer. 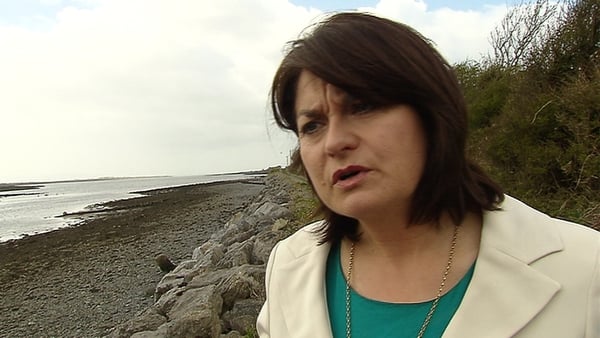