The eye of the cyclone is an enormous 2,000km across.

That is 20 times larger than the typical eye of a hurricane on Earth.

Clouds at the outer edge of the storm are whipping around at 500kph.

The hurricane is parked at Saturn's North Pole and relies on water vapour to keep it churning.

It is believed to have been there for years. Cassini only recently had a chance to observe the vortex in visible light.

Scientists will be studying the hurricane to gain insight into hurricanes on Earth, which feed off warm ocean water.

“We did a double take when we saw this vortex because it looks so much like a hurricane on Earth," said Andrew Ingersoll, a Cassini imaging team member at the California Institute of Technology in Pasadena.

"But there it is at Saturn, on a much larger scale, and it is somehow getting by on the small amounts of water vapour in Saturn's hydrogen atmosphere." 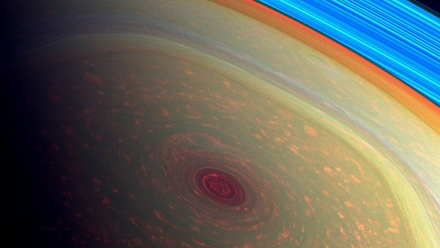 Although there is no body of water close to these clouds high in Saturn's atmosphere, learning how these Saturnian storms use water vapour could tell scientists more about how terrestrial hurricanes are generated and sustained.

Both a terrestrial hurricane and Saturn's north polar vortex have a central eye with no clouds or very low clouds.

Other similar features include high clouds forming an eye wall, other high clouds spiralling around the eye, and a counter-clockwise spin in the northern hemisphere.

A major difference between the hurricanes is that the one on Saturn is much bigger than its counterparts on Earth and spins surprisingly fast.

At Saturn, the wind in the eye wall blows more than four times faster than hurricane-force winds on Earth.

Unlike terrestrial hurricanes, which tend to move, the Saturnian hurricane is locked onto the planet's north pole.

On Earth, hurricanes tend to drift northward because of the forces acting on the fast swirls of wind as the planet rotates.

The one on Saturn does not drift and is already as far north as it can be. 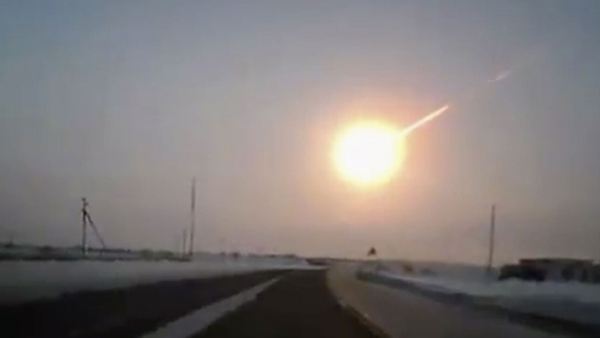