NASA chief Charles Bolden has said praying is all anyone could do if a large asteroid was found to be on a collision course with earth.

He made the comments at a US House of Representatives Science Committee hearing yesterday.

An asteroid estimated about 17 metres in diameter exploded on 15 February over Chelyabinsk, Russia, generating shock waves that shattered windows and damaged buildings.

Later that day, a larger, unrelated asteroid discovered last year passed about 27,681km from Earth, closer than the network of television and weather satellites that ring the planet.

NASA has found and is tracking about 95% of the largest objects flying near Earth, those that are 1km or larger in diameter.

"An asteroid of that size, a kilometre or bigger, could plausibly end civilisation," White House science advisor John Holdren told legislators at the same hearing.

But only about 10% of an estimated 10,000 potential "city-killer" asteroids, those with a diameter of about 50m, have been found, Mr Holdren added.

On average, objects of that size are estimated to hit Earth about once every 1,000 years.

"From the information we have, we don't know of an asteroid that will threaten the population of the United States," Mr Bolden said.

"But if it's coming in three weeks, pray."

In addition to stepping up its monitoring efforts and building international partnerships, NASA is looking at developing technologies to divert an object that may be on a collision course with Earth.

"The odds of a near-Earth object strike causing massive casualties and destruction of infrastructure are very small, but the potential consequences of such an event are so large it makes sense to takes the risk seriously," Mr Holdren said.

About 66 million years ago, an object 10km in diameter is believed to have smashed into what is now the Yucatan Peninsula in Mexico, leading to the demise of the dinosaurs, as well as most plant and animal life on Earth.

The asteroid that exploded over Russia last month was the largest object to hit Earth's atmosphere since the 1908 Tunguska event when an asteroid or comet exploded over Siberia, leveling 80 million trees over more than 2,150km squared. 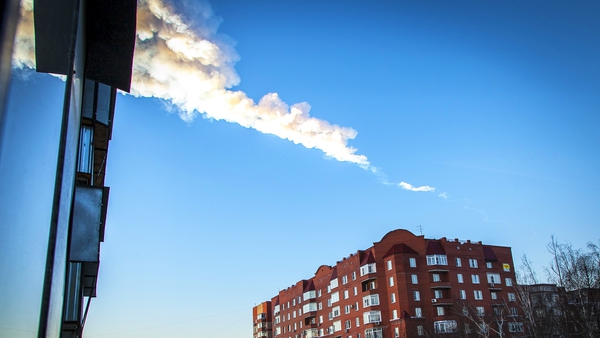