Public servants face pay cuts and a permanent freeze on increments if they fail to agree a deal to reduce the public sector pay bill within the next two weeks.

They will also will lose protection from outsourcing and compulsory redundancy.

Earlier this week, the Government gave Labour Relations Commission Chief Executive Kieran Mulvey two weeks to establish whether there was a basis for a negotiated settlement following union rejection of the Croke Park II proposals.

It is understood that Mr Mulvey has told unions that the Government is determined to secure the €300m savings for 2013 from payroll alone.

It will not make the savings from taxation or the promissory note proceeds.

If a deal is not concluded within a fortnight, the Government will legislate on pay.

All increments will be frozen, including those for the lower paid, with no commitment to restore them.

The Government would ensure it could redeploy staff beyond the current 45km limit.

The protections guaranteed under the first Croke Park deal against outsourcing and compulsory redundancy will fall.

It is also possible that these measures would be introduced ahead of the original target of 1 July.

Further sectoral changes in areas including education and health could include longer working hours, lower overtime and premium payment rates, and different rosters.

Government sources said that while the Government remained determined to secure the projected savings from payroll, it was prepared to consider alternatives put forward by the union side during the two weeks Mr Mulvey has been given to explore a compromise.

He has already met a number of unions to gauge their views.

The Association of Secondary Teachers of Ireland this evening said the freezing of increments is a direct attack on the lowest-paid workers.

It said workers’ salaries cannot be decided at the whim of Government.

The union said three out of four public sector workers rejected Croke Park II and now the Government has decided to choose confrontation and dictation.

The ASTI, the Irish National Teachers’ Organisation and the Teachers’ Union of Ireland will begin to ballot from next week on industrial action.

The General Secretary of the Irish Nurses and Midwives Organisation, Liam Doran, has said his union will be meeting with Mr Mulvey on Wednesday.

He said the union will be making no comment until then.

A spokesperson for the IMPACT trade union said this evening’s story confirms what it has maintained all along; that the deal negotiated on Croke Park II was the best option.

A SIPTU spokesperson said that "If the comments reported are true, then we are drifting into a very dangerous place.

"Each side needs space if there is to be a clear resolution of the issues in dispute.

"SIPTU will not be saying any more until the union engages directly with the Labour Relations Commission."

Meanwhile, a Red C poll for tomorrow's Sunday Business Post has found that a majority of voters believes the Government should attempt to renegotiate the Croke Park Agreement, rather than cutting public sector pay.

The poll also suggests there has been an increase of support for Sinn Féin, at the expense of Labour.

Asked if the Government should cut the pay of public sector workers, 30% said they should, but 50% were against.

56% favoured an effort to renegotiate Croke Park II, with 23% opposed.

On party support, once the 22% undecided are excluded, support for Fine Gael is unchanged at 28%; Labour drops two percentage points since last month to 11%; Fianna Fáil gains one point to 25%; Sinn Féin is up two to 16%; and independents and others are down one at 20%. 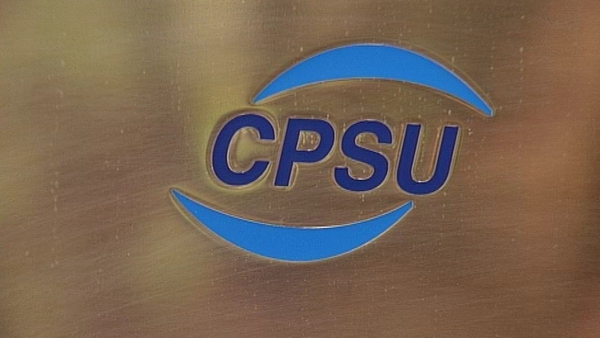