He was seriously wounded, unable to speak, and under heavy guard at a city hospital two days after his dramatic capture.

Investigators could not interview Dzhokhar Tsarnaev as they searched for clues to what may have driven him and his brother to carry out the attacks.

The ethnic Chechens moved to the United States 10 years ago and investigators tried to establish why they planted the bombs.

Receiving particular scrutiny was a six-month trip the brother, Tamerlan Tsarnaev, took to Russia in January 2012.

Authorities were trying to establish whether he was influenced by Chechen separatists or the Islamist struggle against the West.

The shooting with police left behind some 250 spent shells on the streets of Watertown.

This Boston suburb was also where police finally cornered the younger Tsarnaev after a massive manhunt that shut down greater Boston on Friday.

Dzhokhar Tsarnaev, a naturalised US citizen, was found that night, covered in blood and hiding on a boat in a Watertown back yard.

US Attorney Carmen Ortiz, the federal prosecutor for the Boston area, was preparing criminal charges, according to Boston Police Commissioner Ed Davis.

It was not clear when charges would be filed.

The suspect was watched by armed guards in the intensive care unit of Beth Israel Deaconess Medical Center, where his brother was pronounced dead early on Friday.

"He is not in a condition to be interrogated at this point in time," Police commissioner Davis said in an afternoon news conference.

These were the same devices used in the twin blasts Monday that killed three people and wounded more than 170 near the finish line of the Boston Marathon.

"I personally believe they were (planning other attacks)," he told CBS television's "Face the Nation."

The men's parents, who moved back to southern Russia, have said their sons were framed.

Tsarnaev was shot in the throat, US Senator Dan Coats, a member of the Intelligence Committee, told ABC. A source close to the investigation told Reuters he had tongue damage.

"We don't know if we'll ever be able to question the individual," Boston Mayor Thomas Menino said Sunday, also on ABC's "This Week" programme.

In the neighbouring city of Cambridge, police stationed themselves across from a home where various members of the Tsarnaev family had lived.

Patricia McMillan, who lives two doors down, said she last saw Tamerlan Tsarnaev in the neighborhood the Wednesday before the bombing, noting he had shaved off his beard and that he was smoking.

Tamerlan  traveled to Moscow in January 2012 and spent six months in the region.

That trip, combined with Russian interest in Tamerlan communicated to US authorities and an FBI interview of him in 2011, have raised questions whether danger signals were missed.

It was unclear if he could have had contact with militant Islamist groups in southern Russia's restive Caucasus region.

A group leading an Islamist insurgency against Russia said it was not at war with the US, distancing itself from the Boston bombings.

The insurgency is rooted in two separatist wars that Russian troops waged against Chechen separatists following the fall of the Soviet Union. 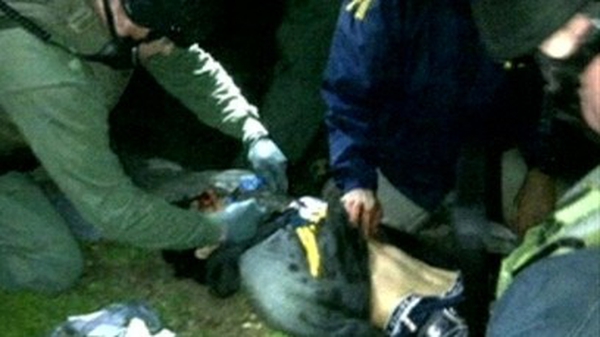