Public servants will mount a campaign of industrial action if the Government moves to implement unilateral pay cuts, according to the Public Services Committee of the Irish Congress of Trade Unions.

Speaking after the committee met this afternoon, its secretary Tom Geraghty said they had noted the rejection of the Croke Park II proposals by a majority of unions.

Trade unions yesterday rejected proposals on the extension to the public service pay agreement, which aimed to find savings through a number of measures.

Taoiseach Enda Kenny has said the Government has to and will make €300m of savings from the public sector payroll this year.

The Government must now find another way of making the savings.

Mr Kenny has said they would reflect on the situation.

Mr Geraghty said their next step would be to write to the Government formally notifying them of the outcome of the ballot.

He said the "No vote" had put them in a situation it had never been in before and that the committee needed time to reflect on it.

Mr Geraghty said their position is that the first Croke Park Agreement is expected to last until 2014.

Previously, Minister for Public Expenditure and Reform Brendan Howlin described it as "no longer fit for purpose".

Govt asked about 'Plan B'

Speaking in the Dáil today, Fianna Fáil leader Micheál Martin said it was clear that Croke Park II was rejected by trade unions members who were not persuaded by the Government that it was a fair deal.

He asked the Taoiseach if the Government had a "Plan B" and said Minister for Public Expenditure and Reform Brendan Howlin looked "shell-shocked" on RTÉ's Six One News yesterday.

She said frontline staff had refused to be intimidated by Mr Howlin's bully-boy tactics.

Elsewhere, Minister for Communications Pat Rabbitte said it would be a shame to divert from the rectification of the public finances, as most of the "heavy lifting" had been done.

Mr Rabbitte said he was in favour of maintaining "best quality" dialogue with the unions and did not rule out the prospect of a renegotiation of the agreement.

Mr McMahon said union leaderships that supported the deal, including SIPTU, now find themselves in the "invidious position" of having to look at the possibility of industrial action in opposition to the deal, following its rejection by members.

The DIT lecturer said it has been around 35 years since the movement has been dealt such a blow.

IMPACT's Bernard Harbor has said that all public servants are now in an uncertain situation.

A European Commission spokesman has said the need to make savings in the public service remains.

However, Simon O'Connor, the spokesman for EU Economic and Monetary Affairs Commissioner Olli Rehn, said it was up to the Government on how to proceed and "how best to deal with the situation". 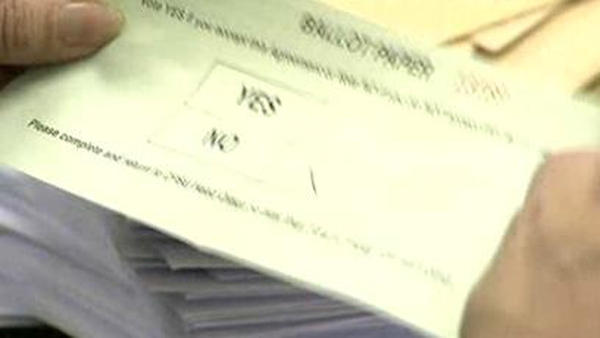