Two of the country's biggest trade unions, SIPTU and the Irish National Teachers’ Organisation, have voted against the deal, meaning it will not now be ratified.

The rejection is seen as a blow for the Government, which needs to secure €300m in savings from the public sector pay bill this year.

Opposition parties have urged the Government to re-engage with trade unions.

SIPTU president Jack O'Connor has warned the Government not to legislate for pay cuts, saying that would inevitably precipitate a major, mutually destructive confrontation.

Mr O’Connor warned that people were prepared to respond with industrial action, a view shared by Unite.

Taoiseach Enda Kenny earlier told the Dáil that the options were limited and the Government would have to carefully consider what to do next.

Minister for Public Expenditure and Reform Brendan Howlin has said savings of €300m will still have to be made.

Speaking on RTÉ’s Six One News, Mr Howlin said the arithmetic has not changed as a result of the unions voting down the plans.

The minister also said he thought the deal on offer was a fair one and that there were no soft options left to achieve the necessary savings.

He said he would explain the position to Troika officials tonight.

IBEC, which represents Irish business, said the rejection was disappointing, as an agreed way forward was preferable.

The key block votes were always going to be SIPTU, IMPACT, the Public Service Executive Union and the INTO.

IMPACT and the PSEU voted in favour, but once SIPTU rejected the package by a margin of 53.7% to 46/3%, the deal was dead in the water.

On the No side, the margin of rejection soared to 95.5% in the Irish Nurses and Midwives' Organisation.

Meanwhile, Opposition parties have urged the Government to now recognise that Croke Park II is dead and that they should go back to the drawing board.

Socialist Party TD Joe Higgins said SIPTU's rejection reflected a view that we had come to the end of austerity. 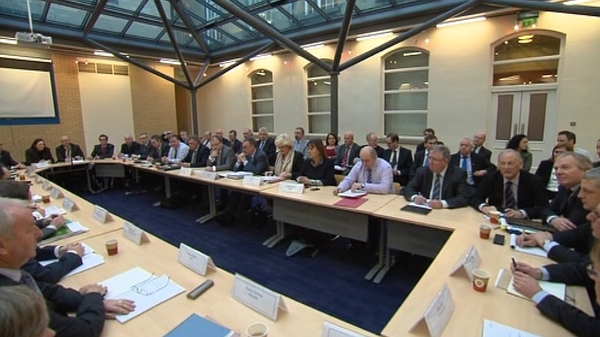