Grants for First Communion and Confirmation costs are to be discontinued, the Department of Social Protection has confirmed.

Until now families in need were able to apply for funds for clothing costs.

It has now confirmed that the allowance has been scrapped entirely this year.

Instead, families in need can apply for emergency needs payments, but these cannot be used to cover religious ceremonies.

A review of the guidelines on exceptional needs payments was carried out for the department by a working group made up of former community welfare service staff.

The single parent support organisation One Family has said the cut to the allowance would cause problems to vulnerable families and make children feel stigmatised.

Speaking to RTÉ News, One Family Chief Executive Karen Kiernan said her organisation was not so concerned about the religious aspect, but rather the impact on children who live in the very poorest families.

She said children feel stigmatised and different if they do not have the things their peers have.

"It's a cut that will net a very small amount of money to the Exchequer, but will impact on the children living in the poorest families in Ireland.

"I think one of the problems is that if children feel stigmatised by not having the same as their peers, that's going to be a really hard thing for children at times that should be very positive for those children."

Taoiseach Enda Kenny has said there was never a specific fund for Communion and Confirmation expenses, but such things were accommodated in the past.

Mr Kenny said there was a drift in the past towards wondering how much communion would generate for children, but it should not be seen as an economic entity.

He said there is still a fund for hardship, but simplicity must be focused on.

Minister for Agriculture Simon Coveney said that he first heard of changes to the eligibility terms for medical cards and the scrapping of religious ceremonies payments was on the radio this morning. 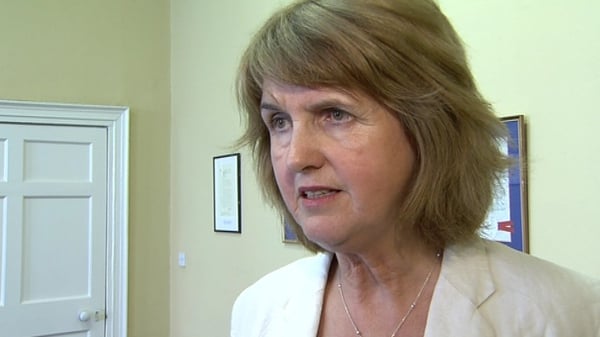