The Good Friday Agreement was signed 15 years ago today.

The agreement was reached after nearly two years of talks and followed the 1994 paramilitary ceasefires.

The document codified relations within Northern Ireland and with the Republic of Ireland and other parts of the UK.

It led to a powersharing government at Stormont and was endorsed by a majority of people in Northern Ireland and the Republic of Ireland.

There was a lengthy interruption to the Stormont Assembly over alleged IRA intelligence gathering, which ended in 2007 with Sinn Féin and the DUP elected the largest parties.

The IRA eventually decommissioned its weapons.

In a statement, he said: "Fifteen years on there can be no going back. The tiny minorities who want to cling to the past must be rejected. Sectarianism must be tackled and ended.

"The promise of the Good Friday Agreement for a new society in which all citizens are respected, and where fairness and justice and equality are the guiding principles, has to be advanced."

British Prime Minister David Cameron said the accord heralded a new beginning after decades of division and terrorism.

But he warned that more remained to be done to build a new Northern Ireland.

Mr Cameron said the agreement involved many difficult compromises and judgements by all sides, but added all parts of the community were winners when it was signed.

"Fifteen years ago people decided overwhelmingly that the future would only ever be determined by democracy and consent, never by violence," Mr Cameron added.

"The Belfast Agreement was the platform to build a new, confident, inclusive and modern Northern Ireland, whose best days lie ahead.

"While we have come a long way, much remains to be done."

Mr Blair said the agreement brings hope for other conflicts that a situation that once seemed so bleak can be resolved.

He said while there may be political crises and some continuing problems, he believed Northern Ireland would not return to the times of the Troubles.

"The gains of peace are visible and clear, and there is an overwhelming desire from the people for this to remain," he added. 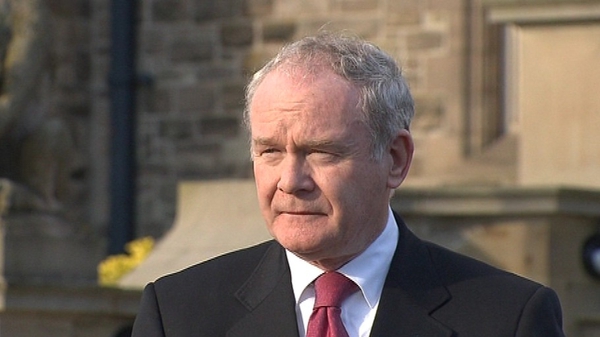