Delegates at the Association of Secondary Teachers Ireland's annual conference have voted overwhelmingly in favour of a motion calling for a rejection of the Croke Park II proposals.

ASTI members are currently being balloted by post on the issue.

Earlier, the association's General Secretary warned delegates of difficult times ahead should the proposals be rejected by members.

Pat King said he thought it was clear that public sector workers were heading for an open dispute with Government if the deal was rejected.

Mr King called for a united union and said the coming times could be a big test of the resolve of ASTI members.

Delegates are also debating a motion critical of the moratorium on posts of responsibility.

These are positions which give additional pay to teachers who undertake additional responsibilities such as timetabling or running school exams.

Meanwhile, addressing the annual conference of the Irish National Teachers' Organisation in Cork, union president Anne Fay accused the Government of refusing to get the wealthy to pay their fair share through fair taxation.

Instead, they championed a policy of targeting cuts at public servants and public services, she said.

The Teachers’ Union of Ireland begins its conference in Galway tomorrow.

The TUI conference will open with a special motion on Croke Park, even though its members have already voted No to the deal.

However, it is not yet clear how INTO members will vote.

The leadership has not made a recommendation for or against the proposals.

Delegates may not even debate the issue directly, as no motion has yet been tabled on the proposals.

Minister for Education Ruairi Quinn will address the INTO and the ASTI tomorrow.

He will visit the TUI conference on Wednesday. 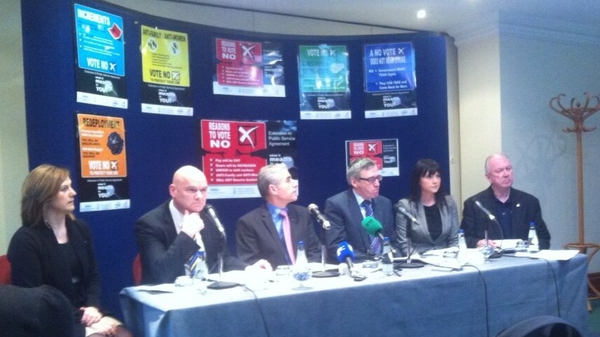