The INMO, IMO, Unite, ASTI and the Civil Public and Services Union have recommended a No vote to extend the Croke Park Agreement.

The unions object to what they call the "disproportionate impact" of a reduction in unsocial hour payments for lower workers, proposals to freeze and delay normal increments, and the imposition of a longer working week.

Also on their agenda are proposed redeployment arrangements, which they say will lead to involuntary redundancies, and proposals to change flexi-time arrangements for shift workers.

The unions plan a series of meetings across Ireland, as well as a poster and advertising campaign.

Also planned is a lobbying campaign that will focus on TDs and Senators.

The heads of the four unions said they had received overwhelming support from their members for the stance they are taking.

Separately, the standing committee of the ASTI announced that they had decided to recommend rejecting the proposals.

It said the proposals came at a time when second-level schools were reeling from the impact of the education cutbacks, including significant reductions in staffing and resources.

The proposals in the Croke Park deal are aimed at reducing the public sector pay bill by an additional €1 billion over the next three years.

The IMO has said the loss to its members under the proposals far exceeds losses to other public sector workers.

It believes the proposals present a real danger to the lives of the patients doctors have to treat, and to the health and well-being of the doctors themselves.

Director Steve Tweed said the doctors the IMO represents are being unfairly targeted.

He said: "The pronouncements by Government ministers during and after the talks that the frontline workers, the doctors we represent, are treated no less favourably than anybody else in the public service just is not true.

"They will lose as a consequence of these proposals between 14 and 16% on average of their gross pay.

"That far exceeds any other ask of the public sector at the moment." 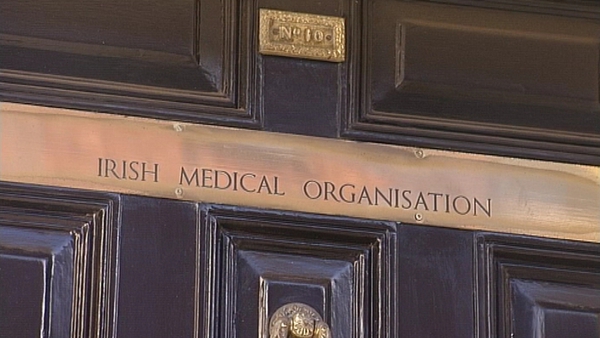