Turkish authorities say they have seized thousands of guns in a warehouse by the Syrian border.

A local news agency said the weapons had been destined for Turkey's war-torn neighbour.

The firearms, including more than 5,000 shotguns and rifles, starting pistols, gunstocks and 10,000 cartridges, were discovered during a raid in a village on the edge of the Turkish town of Akcakale.

The Dogan News Agency said the weapons were being stored on the edge of the border town, awaiting delivery to Syria, and that the 35-year-old depot owner had been detained.

It quoted police sources as saying the firearms had a market value of around 3m lira (€1.3m).

Turkey is a strong supporter of the uprising against Syrian President Bashar al-Assad, now in its third year.

It has harboured Syrian refugees and rebels crossing over the two countries' 900km border.

However, it has ruled out arming rebel fighters, fearing it could be drawn into a destabilising regional conflict.

Turkey has a number of firearms manufacturers and the starting pistols found in the warehouse could easily be converted to fire live ammunition.

Earlier, the United Nations peace envoy to Syria said he can see no swift end to the country's civil war.

Mr Brahimi insisted that arming the rebels - a move being contemplated by Britain and France - was not the solution.

French President Francois Hollande said yesterday that before arms were delivered to Syria, guarantees were needed they would not fall into the hands of Islamist fighters.

"We will not do it as long as we cannot be certain that there is complete control of the situation by the opposition," Mr Hollande said during an interview on France 2 television.

Mr Brahimi said the situation on the ground in Syria was "extremely bad and getting worse all the time" and said he had had no contact with President Assad since the end of December.

Meanwhile, Russia vowed to oppose an expected push by the Syrian opposition to take over Syria's seat at the UN.

It criticised the Arab League for giving Syria's seat to the opposition at a league summit.

The coalition's US offices are headed by Najib Ghadbian, a professor of political science at the University of Arkansas.

He said it would make sense for the opposition to have Syria's UN seat.

He said the Assad regime had lost the legitimacy to represent Syria the day it began its armed campaign against the Syrian people.

The Syrian National Coalition, which is recognised by the Arab League as the sole representative for Syria, opened its first embassy on Wednesday in Qatar in a diplomatic blow to President Assad. 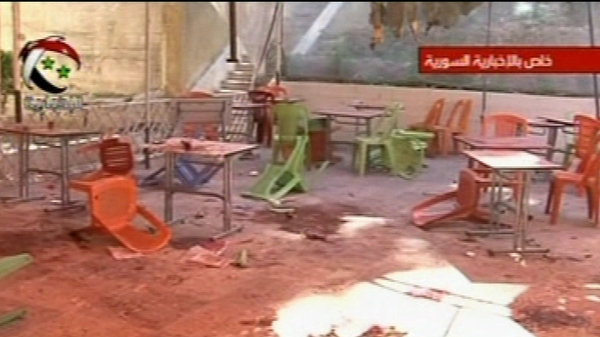