Analysis of the tracks of an elementary particle found in the Large Hadron Collider last year "strongly indicates" that it is the long-sought Higgs boson, the CERN physics research centre said today.

But a statement on the latest findings from huge volumes of data gathered during three years of collisions in the LHC stopped short of claiming the boson had been discovered for certain.

The boson is believed to be the particle that gives matter to mass,

Measurement of the behaviour of the particle, the existence of which was first postulated in the early 1960s, and of its interaction with other particles "strongly indicates that it is the Higgs boson", CERN said.

The statement came after a presentation of the latest findings by CMS, one of two teams working on Higgs, at a physics conference in the Italian Alps, south of Geneva where CERN - the European Organisation for Nuclear Research - is located.

"The preliminary results with the full set of 2012 data are magnificent, and to me it is clear that we are dealing with a Higgs boson, although we still have a long way to go to know what kind of Higgs boson it is," said CMS spokesman Joe Incandela.

The CERN statement said it still had to be established whether the boson is a simple Higgs, filling in the last hole in the 30-year-old Standard Model of how the universe works at the elementary particle level, or something more exotic. 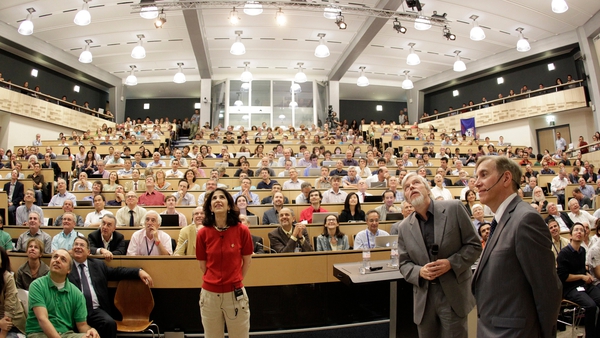