The Government is set to increase pressure on banks to deal with the mortgage arrears crisis.

It confirmed it will outline plans this week to set quarterly targets for banks to deal with mortgage arrears on their books.

Latest figures show over €17 billion worth of mortgages are in arrears of 90 days or more with nearly €5 billion of this in arrears for two years.

However, ministers have insisted that repossessions of family homes will only take place in a minority of cases and only as a last resort in cases of extreme financial stress.

The main banks will be given clear targets to start reducing the levels of outstanding mortgage debt.

For most people in mortgage distress this will mean re-negotiating new mortgage terms with some people getting part of their loans either 'warehoused' or written down in cases of genuine financial difficulty.

But an increase in the level of house repossessions is inevitable in those cases where a mortgage is not sustainable in any form.

Ministers insist that the new plan, worked out with the Central Bank, will place the emphasis on restructuring as the main way of resolving distressed mortgages.

However, they acknowledge banks will also be given the option of repossession as a last resort in certain cases.

However, he said it is “complete nonsense" to suggest that thousands of families in financial distress will be forced out of their homes.

Speaking on RTÉ's The Week in Politics, Minister Rabbitte said repossessions will be a final resort, but some are inevitable. 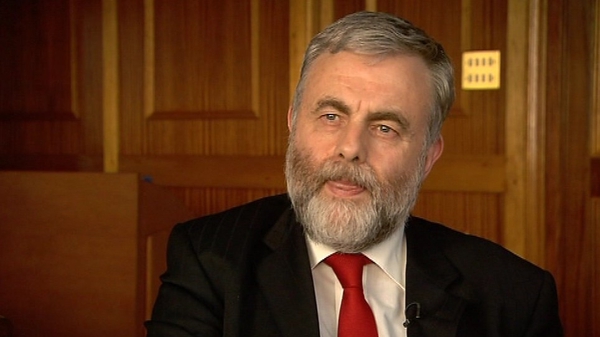