Cardinals who enter the Conclave to vote on a new pope are forbidden to tweet on threat of excommunication, according to one of the last edicts Pope Benedict signed before his resignation.

Most of the 117 Cardinals who are eligible to vote for a new pope are not on Twitter, but the the ranks do include at least nine active tweeters.

In the unlikely event that the Cardinals disobey the order, the Santa Marta residence where the cardinals will be staying has an electromagnetic shield that will reportedly block any signals.

The pope amended the Conclave law to allow for the automatic excommunication of any non-cardinal who broke the absolute oath of secrecy of the College of Cardinals.

“An infraction will incur the penalty of automatic excommunication," the pope’s order said.

Cardinal Timothy M. Dolan of New York, who goes under the Twitter Handle @CardinalDolan, had informed his almost 80,000 Twitter followers when the pope announced his resignation.

Yesterday, Cardinal Dolan noted that when the Conclave does begin, the Cardinal electors will be shut off from the world, left only with each other.

Pope Benedict XVI's twitter account sent out a final message of gratitude on Thursday, before falling silent until the next Pope decides to use it.

Benedict's last tweet went out at 5pm in Rome as he left the Vatican in a helicopter.

It said: "Thank you for your love and support. May you always experience the joy that comes from putting Christ at the centre of your lives."

Soon afterward, that tweet and all Benedict's previous ones were deleted and the profile was changed to read 'Sede Vacante', meaning 'vacant seat'. 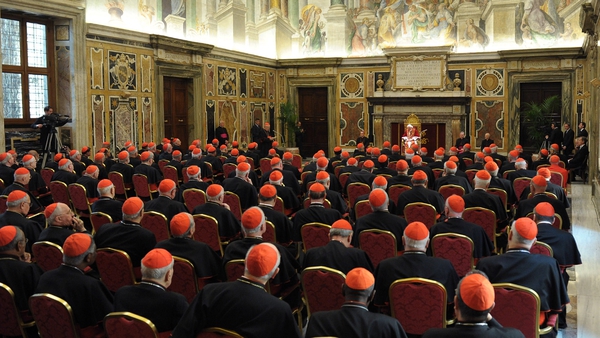