The Chair of the Public Services Committee Shay Cody has said the final version of the Croke Park II Agreement does not contain a reference to compulsory redundancies in certain circumstances.

Mr Cody said those references were contained in an earlier draft of the agreement but did not make it to the final version.

He said that in fact, the final version states that under the agreement there will not be compulsory redundancies.

The agreement also states that the Government is committed to reducing the pensions of retirees in line with cuts for serving employees, but this will only apply to pensions above €32,500 per annum.

This would hit a number of recently retired politicians and top civil servants including former Taoisigh Brian Cowen and Bertie Ahern.

The document outlines how additional working hours would be applied in the various sectors of the public service where management is seeking greater flexibility in rostering and additional hours in order to reduce headcount, overtime and the use of agency staff.

The new agreement also says that when the public finances are restored to a sustainable position, the pay measures in the agreement can be reviewed.

It estimates that annual pay bill savings of €150 million can be secured from headcount reductions.

It says the Government also reaffirms in the agreement that public service pay and related issues will not be revisited in the lifetime of the agreement.

This morning, proposals for a new public sector pay deal were agreed and are to be put to a ballot of workers.

Government employees earning over €185,000 will face a pay cut of 10% under the proposals.

Unions say premium payments for Sundays are to be reduced to time-and-three-quarters. Overtime payments have been preserved at a lower rate.

Minister for Public Expenditure and Reform Brendan Howlin said: "These proposals constitute a fair and balanced agenda to repair our public finances.

"The revised measures recommended by the LRC meet the budgetary targets of the Government and address many of the concerns expressed by the staff representatives during the negotiations.

"All public sector workers have already made a significant contribution to our economic recovery, however, these further measures are absolutely required to achieve a sustainable payroll cost."

Mr Howlin said that while it is now up to each union to bring proposals to their members, he hopes public servants will accept the necessity for the "balanced" measures.

Reaction to the proposed deal

Speaking on RTÉ's News at One, Mr Harbor said it was fair in two respects, as it took more from those who earned more, and the package as a whole did not fall disproportionately on any group of workers.

Mr Harbor, who also works for the IMPACT trade union, said union officials would not be selling the deal to members, but rather would be informing them about the proposals "warts and all", and that ultimately it would be up to the members to decide whether to accept it.

Tánaiste Eamon Gilmore called on political parties to stand back from trying to influence trade unions whose members now have to decide whether to accept the new agreement.

Welcoming the outcome of the talks, Mr Gilmore said the agreement will be the last one that seeks to cut the public service pay bill.

Deputy leader Mary Lou McDonald said the proposals only "tinkered at the margins" of the issue of 6,000 public servants, whom she claimed were overpaid.

Fianna Fáil has said it needs to carefully examine the public service pay deal and will have detailed questions on what is being proposed.

Public Expenditure spokesman Sean Fleming told reporters the party wants to determine whether the deal's provisions are in fact fair.

He questioned why Minister Howlin had not done more to keep all the unions and representative groups at the table.

SIPTU’s General Secretary Jack O'Connor said the proposals for a new public sector pay deal are the best that could have been achieved by negotiation.

Speaking on RTÉ’s Six One News, Mr O'Connor said it now fell to SIPTU's Executive Council to decide whether to recommend the deal to its members.

He said they would do this in a week or two.

He said the issue now was to try to evaluate the proposal and to decide whether another strategy would yield a better result.

He said he had not seen a proofed copy of the deal but, to the extent that he was familiar with it, it was structured so that those who had the most contributed the most.

Uncertainty over deal's implications for some unions

The IMO said today's proposals confirmed that they were right to walk out of the talks.

Director of Industrial Relations Stever Tweed pledged to resist any Government attempts to force through the cuts.

He said if the proposals were implemented they would have a negative impact on Irish health services and the welfare of doctors.

The Deputy General Secretary of the Irish Nurses and Midwives Organisation Dave Hughes has said the union did not regret walking out of the Croke Park talks and felt that they had been left with no other choice.

Speaking on RTÉ's Drivetime, Dave Hughes said the need to leave the negotiations arose when it became apparent that people who work shift work were going to be hit disproportionately and were going to actually lose wages rather than just be required to work greater hours.

Mr Howlin has said that members of the public service, represented by organisations that remained outside or abandoned the talks on a new public service deal, will ultimately accept the agreed proposals.

Speaking on RTÉ's News at One Mr Howlin said that this will be what he called "the last ask of public servants".

He re-iterated that the new deal will supersede the Croke Park agreement, and so if it is accepted by the majority of public servants, he said that it would apply to everybody.

Mr Howlin said that he understood that some public service workers did not want to make a contribution to the savings being sought by Government, but he said that that was just not possible. 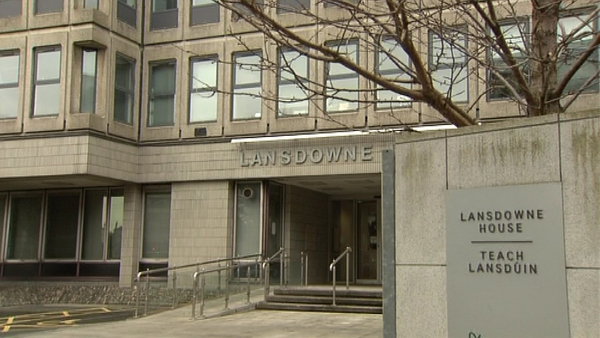