Government negotiators at talks on the Croke Park Agreement have rejected union claims that they have targeted frontline workers disproportionately for cuts in earnings.

The 24/7 Frontline Alliance is holding a rally this evening to protest against the proposed reductions in premium payments and overtime.

It represents around 70,000 nurses, gardaí, prison officers and emergency staff,

The alliance says the cuts will hit them more than other public servants who work 9am-5pm.

However, management sources said the talks over the past five weeks had involved comprehensive proposals encompassing all sectors and all grades.

They said that among the issues under discussion were headcount reductions, increments, longer working hours and pay cuts for higher grades across all parts of the public service.

They welcomed the fact that all unions affliated to ICTU were continuing to engage in the talks.

The Frontline Alliance says cutting overtime and premium payments would hit employees who work 24/7 rosters particularly hard, as they account for a significant part of their earnings.

It is holding a rally at the National Basketball Arena in Tallaght this evening to oppose any further cuts in their earnings.

Unions will also be pushing for concessions on pensions, outsourcing and lower-paid workers.

The Government has set a deadline of 28 February to conclude a deal with public service unions on cuts.

If a deal is not done by consent, the Government has threatened to legislate for pay cuts.

Measures on the table include pay cuts for the higher paid, reductions in overtime, weekend and evening premiums and longer working hours for no extra pay.

Speaking on RTÉ's Morning Ireland, Mr Doran said that the INMO Executive will meet today, but he believes it will remain in the talks process.

Mr Doran said that it is willing to negotiate, but said that proposals have to be fair, and that so far this has not been the case.

The union representing lower-paid civil servants has warned that forcing them to work additional hours would be fraught with difficulty.

Speaking after meeting Government negotiators at the Croke Park talks, the General Secretary of the Civil Public and Service Union said today's talks had focussed on how additional working hours sought by the Government would impact on overtime.

However, Eoin Ronayne warned that any measures that resulted in additional cost would be a "no-no" for his members.

He said many members had opted for shorter working hours.

However, additional hours could mean they would face additional costs for childcare or other caring arrangements.

Mr Ronayne said people work because they have flexibility, but if that flexibility was going to be changed by this talks process, they would have great difficulties.

He said that if there were additional costs, that would be effectively a pay cut for members.

Mr Ronayne said members were awaiting further details of the implications of the management proposals.

Minister for Social Protection Joan Burton has said she is hopeful that a deal can be struck.

She said that frontline public servants performed "really important duties" for this country, but she said they knew, like everybody else did, that the country had to be returned to financial stability.

She said she hoped an agreed mechanism could be worked out.

Meanwhile, Sinn Féin's Aengus Ó Snodaigh has insisted the talks need to deal with high paid civil servants and those in receipt of generous pension payments.

He said the process had to focus on those who could afford to contribute most and that low and middle earners had already felt the full brunt of the USC and would be hit by water and property charges. 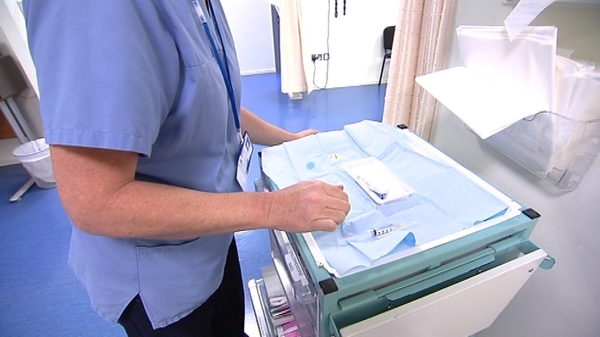