Minister for Justice Alan Shatter has urged the garda representative bodies to participate in the talks on extending the Croke Park Agreement.

In response to a question about possible industrial action by gardaí, Mr Shatter said he believed the force will continue to do its duty.

Speaking on RTE's This Week, Mr Shatter said he was very disappointed that the leadership of the GRA and AGSI appear to believe they can achieve something by public expressions of anger.

He said he understood that gardaí have concerns, but the Government has to address fixing the public finances.

Negotiations yesterday saw the focus shifting from the wider agenda, to a sector-by-sector analysis of how proposed measures would impact staff and services.

The Government wants to cut the public service pay and pensions bill by €1bn over the next three years.

On Friday, the Government told unions it wants €170m of that to come from reduced weekend and evening work payments.

The Irish Nurses and Midwives Organisation is to meet tomorrow to examine the progress made so far in the talks.

INMO Director of Industrial Relations Phil Ni Sheaghdha said yesterday's talks had been about sharing further information about where savings would come from in the health service.

She said the issue of out-of-hours and premium pay is to the forefront, adding that the INMO's position is clear and it does not think that those rostered to work out of hours and at weekends should carry the brunt or bulk of the savings.

Ms Ni Sheaghdha said people who work those hours should be aware that the issue of premium pay is still very much on management's agenda.

SIPTU Health Organiser Paul Bell said any plan to cut premium pay would not go down well with members, but it was part of a Government wish list.

He said every item on the agenda impacts on salaries and it was up to unions to established what effect it would have on their members. 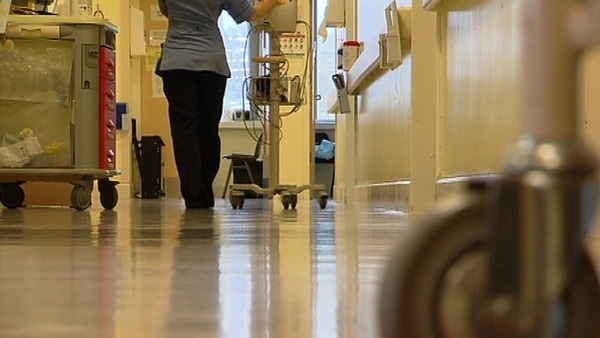