The Asda supermarket chain is withdrawing a beef bolognese sauce after tests revealed the presence of horse DNA.

The chain says the sauce is made by Irish food company Greencore.

Asda is also withdrawing three further beef products made by Greencore as a precaution.

The men were arrested at plants in Aberystwyth in Wales and Todmorden, West Yorkshire, which were inspected on Tuesday by the Food Standards Agency.

"Approvals for both operations were suspended yesterday by the FSA so neither firm was operational.

"Dyfed Powys Police can confirm the three people have been arrested on suspicion of offences under the Fraud Act and they are being detained at Aberystwyth Police Station where they will be interviewed jointly by Police and FSA staff in what has this afternoon become a joint operation."

Meanwhile, a meat processing factory in Co Monaghan has announced that it has withdrawn a batch of burger products after some were found to contain 5%-30% horse meat.

The burgers by Rangeland Foods had been sold to the catering and wholesale sectors.

They had been distributed around Ireland and to the UK, Spain, France, Germany and the Netherlands.

Tests carried out at the Castleblayney plant show that some burger products made with beef supplied from Poland tested positive for horse meat.

The company said the burgers were produced last September specifically for the UK market, but as a precaution it has decided to withdraw all of its untested products made from Polish meat.

The Rangelands Foods plant was closed pending investigations, but resumed production on 7 February on the basis that it uses only Irish raw materials.

Too early to say how long investigation will take

Europol Chief of Staff Bryan Donald has said that it is too early to say how long his organisation’s investigation into the horse meat scandal will take.

Speaking on RTÉ's News at One, Mr Donald said that Europol began its investigation after being contacted by British authorities last Friday.

Mr Donald said that Europol would not be sending in investigators to different countries, but would be gathering the information collected by the relevant authorities, such as the food safety authorities, in each member state.

"The role of Europol is to gather all those leads, all that information that has been collected at a national level and look at it from a super-national level, with a view to getting the full picture."

Mr Donald said that while investigating food fraud was not Europol's "main business", the organisation has had significant success in investigating such crimes.

Mr Donald said that along with Interpol it had conducted two very successful investigations into contaminated food, counterfeit medicines and adulterated foodstuffs.

He said the latest investigation was just last year, and led to multiple arrests.

Meanwhile in the UK, it has been confirmed that tests for traces of the horse painkiller "bute" in Findus food products have come back negative.

However, eight horse carcasses from the UK have tested positive for the drug, and three of those entered the human food chain in France.

The powerful horse anti-inflammatory drug could pose a health risk if passed on to humans.

Across Europe, the list of countries discovering horse meat labelled as beef is growing.

Products have now also been removed from supermarket shelves in Sweden, Switzerland, Denmark and Germany, while a Dutch company that stored Romanian horse meat is also under investigation.

Earlier, Minister for Agriculture Simon Coveney said he believes that the horse meat scandal has been caused by more than just one rogue trader.

Mr Coveney said he suspects there are a number of people in several different countries who have been selling horse meat as beef.

Speaking on RTÉ's Morning Ireland, he added that it will take some time to get to the bottom of the scandal.

All EU member states are being urged to conduct random tests on beef products and slaughtered horse meat to tackle the widening scandal over mislabelled horse meat.

The minister reiterated that consumers need to be reassured about what they are eating.

Plans for the two sets of testing were announced by Health and Consumer Policy Commissioner Tonio Borg after a meeting in Brussels of ministers from seven EU countries affected by the scandal.

He said they are treating the horse meat controversy as a case of fraud, not negligence.

Mr Borg said the programme of random tests should report after 30 days, but testing should continue for three months.

He also said the authorities were determined to establish exactly what had happened.

The three-month regime of checks will include 2,500 random tests on processed food for horse DNA and 4,000 for bute.

The ministers also agreed to tighten co-ordination between national authorities through Europol, whose normal remit is combating serious international crime and terrorism.

The Irish Cattle and Sheep Farmers' Association has welcomed the proposals on random DNA testing on meat products, but said the arrangement should be made permanent. 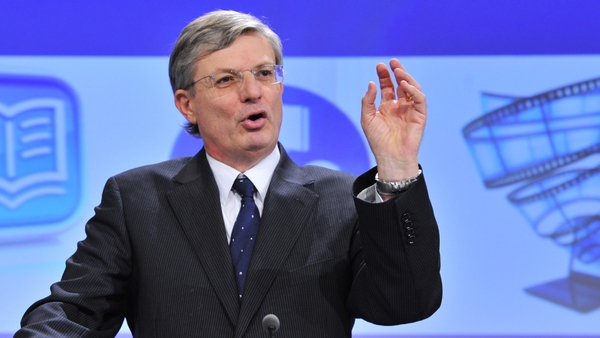