Minister for Agriculture and Food Simon Coveney has said there is a move now towards a European collective response to the horse meat scandal with the sharing of information.

He told a news conference in Brussels following a meeting of ministers from seven EU countries affected by the controversy that it was important not to draw any conclusions until all of the investigations are finalised.

Minister Coveney said the investigation in Ireland has been ongoing since 15 January. He said initially this all started because of one burger testing positive for equine DNA.

He said it quickly became apparent that there was something wrong with the system as opposed to this being a freak result around one burger.

There was the transportation and movement of horse meat labelled as beef product happening across member states of the EU, he said.

European Commissioner for Health Tonio Borg said he has proposed two sets of testing to be carried out on meat in all EU member states as a way to deal with the controversy.

The first test would be DNA analysis of meat products. The second would be testing for the presence of a drug used to treat horses called bute.

The tests would be done over 30 days and the results would be reported within six weeks.

Mr Borg said the proposal was that 2,500 samples would be chosen for the DNA test and 4,000 for the bute test.

He said that this would vary depending on the population size and scale of meat production in each member state.

The proposal will go before the commission's Standing Committee on the Food Chain and Animal Health, which will decide whether or not to adopt it.

Commissioner Borg also said that until now there is no indication that this has developed into a food safety issue.

"We are treating it as a case of fraudulent - I wouldn’t call it negligent I would call it fraudulent - misuse of the labelling system for economic gain and Europol will co-ordinate the different criminal investigations."

Swiss chain latest to be embroiled in horse meat scandal

Swiss supermarket chain Coop has found horse meat in its own-brand lasagne, which has the same French supplier, Comigel, at the heart of a scandal in Britain.

Growing revelations about the use of horse meat in products labelled beef have raised questions about the safety of the European food supply chain and prompted governments to send out a European Union-wide alert.

Switzerland's Coop had already withdrawn the suspect lasagne from its freezers earlier in the week for tests, which confirmed the products contained horse meat.

A Coop spokesman said customers could get their money back.

While Swiss consumers do eat horse meat on occasion, they are extremely sensitive about the origin of their meat products with strict labelling requirements in force.

Yesterday in Britain, the Food Standards Agency and the police raided a slaughterhouse in west Yorkshire and a meat plant in Wales.

Both have been shut down pending investigations into claims they supplied and used horse carcasses in burgers and kebabs.

Separately, a team of Polish vets is in Ireland carrying out investigations into the presence of horse meat in frozen burgers, the source of which is believed to have originated from producers in Poland. 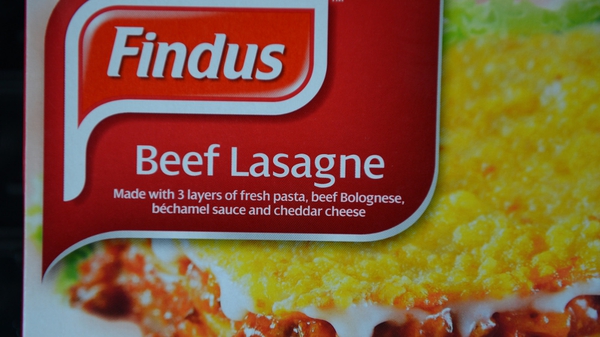