The Vatican has confirmed that Pope Benedict XVI will step down at 7pm Irish time on 28th February for health reasons.

The 85-year-old pontiff said he is stepping down because he does not have the strength to continue in office due to his advanced age.

"For this reason, and well aware of the seriousness of this act, with full freedom I declare that I renounce the ministry of Bishop of Rome, Successor of Saint Peter," he said according to a statement from the Vatican.

The Vatican said the papacy will be vacant until a successor is chosen.

A spokesman said the pope "took us by surprise" with his announcement.

An official said the Vatican expects the period between 28 February and the election of a successor to be "as brief as possible".

Pope Benedict is the first pontiff to resign in nearly 600 years.

He made the announcement in Latin at a canonisation ceremony in the Consistory Hall this morning.

The Vatican said the Pope's resignation is fully in compliance with church law.

President Michael D Higgins has written to the Pontiff wishing him well in his retirement.

He acknowledged the scholarship and personal commitment that Pope Benedict brought to his leadership of the Roman Catholic community. 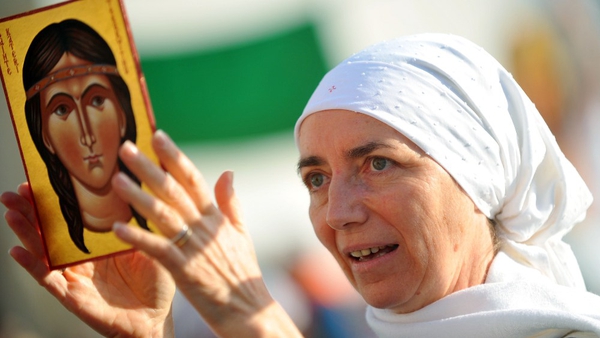