A Pakistani schoolgirl shot in the head by the Taliban has been discharged from a British hospital where she had reconstructive surgery on her skull.

The attack on Malala Yousufzai, 15, was condemned worldwide and made her a symbol of resistance to the militant group's crackdown on women's rights.

She was flown from Pakistan to Britain for specialist treatment after the attack on 9 October 2012.

The Queen Elizabeth Hospital in Birmingham where Malala was treated said she had made a good recovery and would continue her rehabilitation nearby at her family's temporary home.

She left the hospital yesterday after her medical team decided she was well enough to be discharged.

Malala was shot at point blank range as she left school in the Swat valley. The bullet shattered parts of her skull and left her deaf in one ear.

Surgeons replaced part of her skull with a titanium plate and fitted a cochlear implant to restore hearing in her left ear on 2 February.

Speaking the day after the five-hour operation Malala said she was feeling better and expected to get well very soon.

"The thing is my mission is the same, to help people, and I will do that," she said. 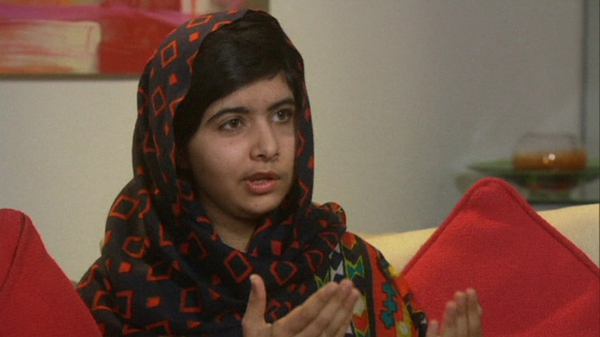