Mr Kerry was, until then, the Democratic Senator for Massachusetts.

He was the Democratic nominee for the 2004 Presidential elections, but lost against incumbent president George Bush.

US Secretary of State John Kerry vowed that the US would not retreat from the world stage due to budget constraints or the complexity of global challenges.

After the ceremony, Mr Kerry said his military service in Vietnam had taught him the cost of failed diplomacy.

He said he was committed to working for peace but would not shy away from defending the US, its values or ideals if they came under threat.

Mr Kerry said that the US did exceptional things on which the world depended and had to continue playing that role. 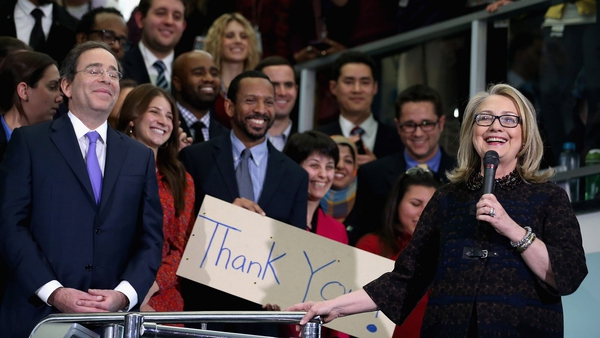 Hillary Clinton formally resigns as US Secretary of State