Hillary Clinton has officially resigned as the US Secretary of State, ending a four-year tenure in the office that saw her break previous records for the number of countries visited.

In comments to US State Department staff as she left the building, Mrs Clinton declared herself "proud of the work we have done together".

"I will be an advocate from outside, for the work that you continue to do here," she told an emotional crowd of employees and well-wishers this afternoon.

Her resignation became effective upon the swearing-in of her successor, John Kerry, who took the oath of office in a private ceremony tonight.

Joking as she left, Mrs Clinton said she would probably call the State Department's operations centre "just to talk".

In a letter sent to US President Barack Obama shortly before she was to leave the department for the last time in her official capacity, Mrs Clinton thanked her former rival for the 2008 Democratic Presidential nomination for the opportunity to serve in his administration.

Mrs Clinton said it had been an honour to be part of his cabinet and that she remained convinced of the "strength and staying power" of US global leadership. 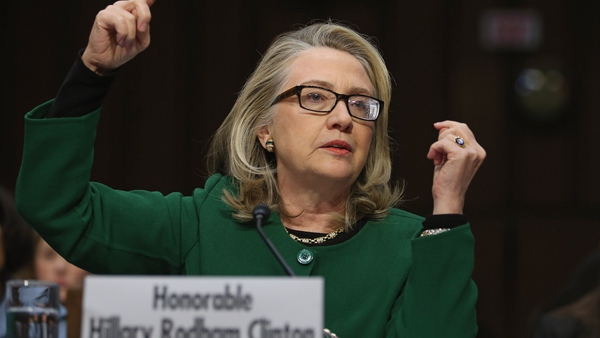