At least one protester has been shot dead and dozens wounded after riot police clashed with demonstrators demanding the overthrow of Egyptian President Mohammed Mursi.

Protesters threw petrol bombs and shot fireworks at the outer wall of Mr Mursi's presidential compound in Cairo this evening.

Police responded by firing water cannon and tear gas leading to skirmishes in the surrounding streets.

Two witnesses said they had seen a protester shot dead with live ammunition in front of them.

The head of Egypt's ambulance service said at least 54 people had been wounded across the country, mostly in Cairo.

The renewed violence brought an end to a few days of calm after the deadliest week of Mr Mursi's seven months in power.

Protests marking the second anniversary of the uprising that toppled Hosni Mubarak have left nearly 60 people dead since 25 January.

The violence prompted the head of the army to warn this week that the state was on the verge of collapse. 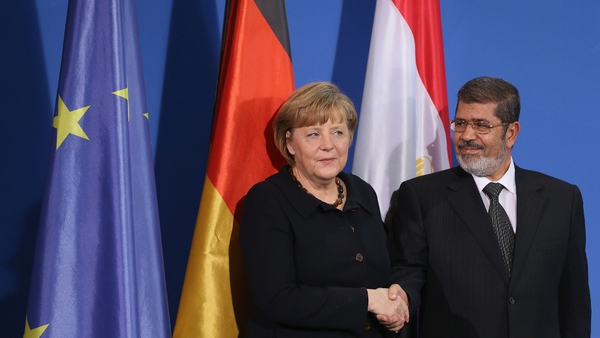