United Nations human rights investigators have called on Israel to halt settlement expansion and withdraw all Jewish settlers from the occupied West Bank.

The inquiry was led by French judge Christine Chanet.

She said: "Israel must, in compliance with article 49 of the Fourth Geneva Convention, cease all settlement activities without preconditions.

“It must immediately initiate a process of withdrawal of all settlers from the OPT [occupied Palestinian territories]," Judge Chanet said.

The report said the settlements contravene the 1949 Geneva Conventions forbidding the transfer of civilian populations into occupied territory.

This could amount to war crimes that fall under the jurisdiction of the International Criminal Court (ICC).

In December, the Palestinians accused Israel in a letter to the UN of planning to commit further "war crimes" by expanding Jewish settlements.

Israel has not cooperated with the probe set up by the Human Rights Council last March to examine the impact of settlements in the territory, including east Jerusalem.

Israel says the forum has an inherent bias against it and defends its settlement policy by citing historical and biblical links to the West Bank.

The independent UN investigators interviewed more than 50 people who came to Jordan in November to testify about confiscated land, damage to their livelihoods including olive trees, and violence by Jewish settlers, according to the report.

"The mission believes that the motivation behind this violence and the intimidation against the Palestinians as well as their properties is to drive the local populations away from their lands and allow the settlements to expand," it said.

About 250 settlements in the West Bank, including East Jerusalem, have been established since 1967 and they hold an estimated 520,000 settlers, according to the UN report.

The settlements impede Palestinian access to water resources and agricultural lands, it said.

The settlements were "leading to a creeping annexation that prevents the establishment of a contiguous and viable Palestinian state and undermines the right of the Palestinian people to self-determination," it said.

After the UN General Assembly upgraded the Palestinians' status, Israel said it would build 3,000 more settler homes in the West Bank and East Jerusalem, which are areas Palestinians wanted for a future state, along with Gaza.

The UN human rights inquiry said that the International Criminal Court had jurisdiction over the deportation or transfer by the occupying power of its own population into the territory.

"Ratification of the [Rome] Statute by Palestine may lead to accountability for gross violations of human rights law and serious violations of international humanitarian law and justice for victims," the UN said, referring to the treaty setting up the Hague-based UN tribunal, which prosecutes people for genocide, war crimes and crimes against humanity. 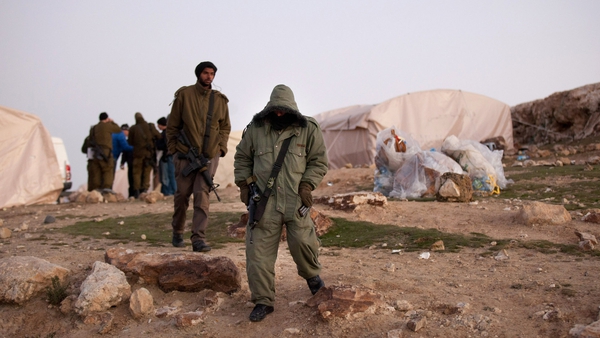