Minister for Agriculture Simon Coveney has confirmed that he has received test results on 24 samples from Silvercrest Foods.

However, the results are not being made public yet.

The samples are instead being sent to an Irish laboratory for further confirmation.

In a statement, Mr Coveney said 130 samples had been taken from meat and other products in the factory and sent to a laboratory in Germany during the past week.

He described the investigation as "complex" and said he would not be drawing any conclusion until he got the full results.

Further test results are expected over the weekend.

Meanwhile, British supermarket chain Waitrose has become the latest retailer to pull beefburgers from its shelves because of the horsemeat controversy.

The company said it took burgers made by ABP-owned Dalepak, one of the firms at the centre of the investigation, off sale "as a precaution" when it had its accreditation suspended.

A spokesperson for the ABP Group has said that they expect the retailer to start restocking their burgers in the coming days.

The Larry Goodman-owned Irish company said the accreditation had been restored at their Dalepak factory and they believed Waitrose would be lifting their ban on beef burgers from the plant.

Ten million burgers have been taken off supermarket shelves across Ireland and the UK.

They were removed after it was revealed some lines sold by Tesco, Dunnes Stores, Aldi, Lidl and Iceland were discovered to have contained traces of horsemeat.

The ABP Food Group, one of Europe's biggest suppliers and processors, stopped work at its Silvercrest Foods plant in Co Monaghan after tests last week revealed contamination in frozen burgers.

Tests had already shown that Silvercrest Foods and another of the company's subsidiaries, Dalepak Hambleton in Yorkshire, supplied beefburgers with traces of equine DNA to supermarkets, including one product classed as 29% horse.

Reputation of Irish meat 'not affected'

Meanwhile, Bord Bia Chief Executive Aidan Cotter has said the horse meat controversy has been confined to Britain and Ireland.

Speaking on RTÉ's News At One, Mr Cotter said research carried out in Ireland and Britain has found that among consumers, the reputation of Irish meat has not been affected.

"For consumers this is an issue of trust, an undermining of confidence in their ingredients and in the labelling of food," he said.

"It is also very deeply rooted in the perception of low value cheap meat products. And I think one of the redeeming facts about this is that consumers have very much ringfenced the issue around these low value meat products.

"They have not extended or generalised those perceptions beyond that into the wider industry."

He said there was very low awareness of the controversy in the rest of the world, and buyers have reported no concerns from any markets.

"We have been having morning conference calls with all of our ten international offices around the world. We have been monitoring the media coverage.

"There has been very limited media coverage in terms of the conventional print and broadcast media. There's quite a lot of coverage online.

"But the awareness is in fact very low, and buyers have reported no concerns whatever to us for any markets around the world." 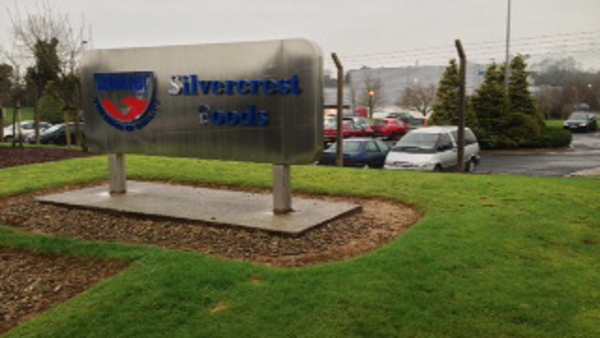