HMV Ireland stores remain closed, and will not be accepting vouchers, despite a change in policy in the UK, where administrators have said shops will accept them from tomorrow.

Deloitte UK said that after assessing HMV's books, vouchers will now be honoured.

However, in Ireland, HMV is in receivership, and a spokesperson said the shops remain closed and are not accepting vouchers.

Sit-ins at several HMV shops around the country ended on Saturday after the receivers promised they would pay staff wages.

It is understood that HMV's Irish employees have been put on temporary lay-off pending a future decision by the receivers.

The National Consumer Agency says it is now holding an investigation into events surrounding HMV going into administration in the UK, and subsequently, going into receivership in Ireland, after initially holding an inquiry.

The agency says it is engaging with consumers who have contacted it and NCA officers are gathering relevant material.

Part of its investigation will focus on the announcement from HMV that vouchers would not be honoured from 15 January - the day it went into administration in the UK.

The agency maintains that the Irish business was not covered by a similar legal process until one day later when it went into receivership here. 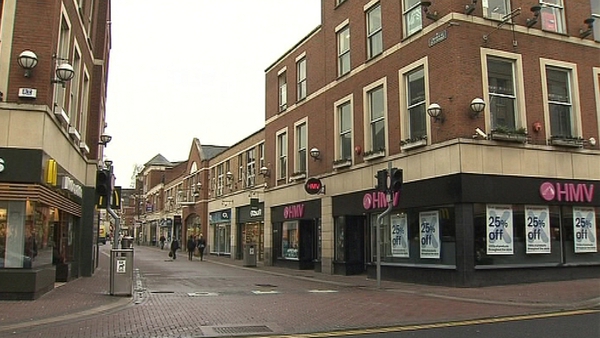