British Prime Minister David Cameron has said he feared for the lives of five British citizens unaccounted for after a hostage-taking at a gas plant in Algeria.

"One British citizen has already been killed in this brutal attack and we now fear the worst for the lives of five others who are not yet accounted for," Mr Cameron said in a news release.

A total of 23 hostages and 32 militants were killed after the attack, according to the Algerian interior ministry said.

Giving what it said was the final death toll of the attack at In Amenas, it also said 107 foreign hostages and 685 Algerian hostages had been released.

Details are still emerging of the dramatic final assault to end a siege by the Algerian army earlier today.

The state oil and gas company, Sonatrach, said the militants who attacked the plant and took a large number of hostages had booby-trapped the complex with explosives, which the army was currently in the process of removing.

"It is over now, the assault is over, and the military are inside the plant clearing it of mines," a source familiar with the operation told Reuters.

British Defence Secretary Philip Hammond said the hostage situation had been "brought to an end" by the Algerian army assault on the militants.

The exact death toll among the gunmen and the foreign and Algerian workers at the plant near the town of In Amenas remained unclear, although a tally of reports from various sources indicated that several dozen people had been killed.

As the army closed in, 16 foreign hostages were freed, a source close to the crisis said. They included two Americans and one Portuguese.

The base was home to foreign workers from Britain's BP , Norway's Statoil, Japanese engineering firm JGC Corp and others.

BP's chief executive Bob Dudley said four of its 18 workers at the site were missing. The remaining 14 were safe.

The crisis at the gas plant marked a serious escalation of unrest in northwestern Africa, where French forces have been in Mali since last week fighting an Islamist takeover of Timbuktu and other towns.

The captors said their attack on the Algerian gas plant was a response to the French offensive in Mali.

However, some US and European officials say the elaborate raid probably required too much planning to have been organised from scratch in the week since France launched its strikes.

Scores of Westerners and hundreds of Algerian workers were inside the heavily fortified gas compound when it was seized before dawn by Islamist fighters who said they wanted a halt to the French intervention in neighbouring Mali.

Hundreds escaped on Thursday when the army launched a rescue operation, but many hostages were killed.

Before the final assault, different sources had put the number of hostages killed at between 12 and 30, with many foreigners still unaccounted for, among them Norwegians, Japanese, Britons and Americans.

The field commander of the group that attacked the plant is a fighter from Niger called Abdul Rahman al-Nigeri, according to Mauritanian news agencies.

His boss, Mokhtar Belmokhtar, a veteran of fighting in Afghanistan in the 1980s and Algeria's civil war of the 1990s, appears not to have joined the raid.

Meanwhile, Irishman Stephen McFaul, who escaped on Thursday, is due to arrive back to Belfast later today.

A spokesman for his family said the electrician supervisor had been flown into London's Gatwick Airport on a specially chartered flight last night.

However, meetings with UK Foreign Office officials and difficult weather conditions delayed the final leg of his journey.

Despite having explosives placed around his neck, Mr McFaul was able to escape when a vehicle he was in crashed after being attacked by the Algerian army, his brother Brian said.

He had been held for two days but made contact with his wife Angela at about 3pm on Thursday to say he was safe and well. 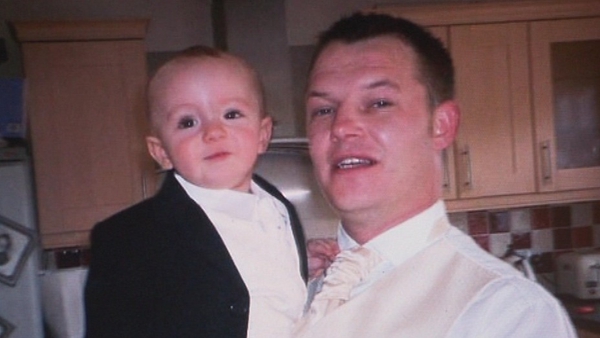 US citizen confirmed among 12 dead in Algeria hostage crisis