One American worker at a natural gas complex in Algeria has been found dead, US officials have confirmed.

The officials, who were speaking on condition on anonymity, identified the dead American as Frederick Buttaccio, a Texas resident, but said it was unclear how he died.

Secretary of State Hillary Rodham Clinton said she spoke by telephone with Algerian Prime Minister Abdelmalek Sellal to get an update on Americans and others in danger at the sprawling Ain Amenas refinery 800 miles south of Algiers.

She said the "utmost care must be taken to preserve innocent life".

Ms Clinton talked to reporters after the Obama administration confirmed that Americans were still being held hostage, even as some US citizens were being flown out of the country for recovery in Europe.

The Algerian state news agency reported that 12 hostages had been killed since Wednesday's start of an Algerian rescue operation, and world leaders steadily increased their criticism of the North African country's handling of the attack.

It was not immediately clear whether Mr Buttaccio was the only American killed in the hostage standoff.

Earlier, the French government has confirmed that one of its citizens was among 12 hostages killed during the rescue attempt by the Algerian army.

Ms Clinton defended Algeria's action. "Let's not forget: This is an act of terror," she told reporters in Washington.

"The perpetrators are the terrorists. They are the ones who have assaulted this facility, have taken hostage Algerians and others from around the world as they were going about their daily business."

That number of hostages at the remote desert facility was significantly higher than any previous report, but questions remained about the fate of more than 30 other foreign energy workers.

BP evacuated one American, along with other foreign workers, to Mallorca, Spain, and then to London. And an American official said a US military C-130 flew a group of people, including some lightly wounded or injured, from Algiers to a US facility in Europe.

Meanwhile, family and friends of Stephen McFaul, who escaped the hostage crisis, are preparing to welcome him home tomorrow.

The 36-year-old from west Belfast had explosives placed around his neck by al-Qaeda-linked kidnappers.

He was able to flee after a vehicle he was in crashed while coming under attack from Algerian forces.

Mr McFaul described the ordeal to an Arabic television channel as it was happening.

He said he saw four jeeps full of hostages blown up by Algerian troops, whose commanders said they moved in about 30 hours after the siege began because the gunmen had demanded to be allowed to take their captives abroad. 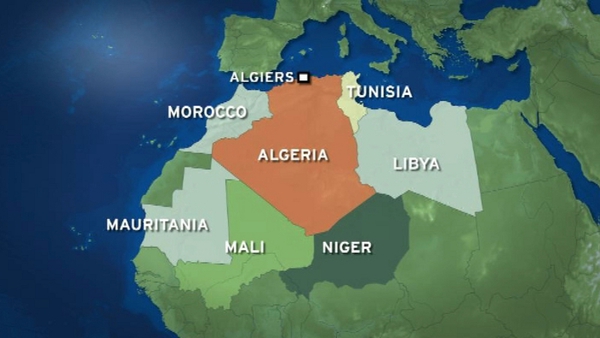