Tributes have been paid to Irish mountaineer Ian McKeever who died on Mount Kilimanjaro in Tanzania.

The 42-year-old was leading a group of climbers, including several people from Ireland, when it is believed they were struck by a lightning storm three days into the climb.

It is understood Mr McKeever's fiancée, Anna, was injured in yesterday's storm.

Taoiseach Enda Kenny said he was very saddened to hear of the death of the renowned adventurer.

"I had come to know him over recent years and I admired him not only for his own achievements and charity work but also for his work with young people in challenging them to achieve their full potential," Mr Kenny said in a statement.

"Ian led students from schools in Castlebar to the summit of Kilimanjaro and managed to text me updates on their progress en-route."

Mountaineer Pat Falvey described his death as a "complete and utter freak accident".

Mr Falvey said the Co Wicklow man inspired young people to achieve their dreams and goals by helping them climb Africa's highest mountain, and he would be remembered for that.

While Kilimanjaro is not without its dangers, it was the first time that he had heard of someone dying this way on the "beautiful mountain".

"When I heard it last night, I just couldn't believe that it happened where it has. We've all lost friends in the high mountains... but to feel that he was doing what he was doing - helping and mentoring others to achieve goals - and [then] in such a simple way, to be taken out of it," he said.

Mr Falvey described his friend as a dreamer, who pushed himself to achieve very difficult goals, including breaking the record for climbing the world's seven highest peaks in 2007.

Climber and retired garda Martin Byrne, who scaled Everest in 2011 and recently brought a team of fundraisers to Kilimanjaro, said he was very saddened to hear of Mr McKeever's death.

"Being struck by lightning while climbing is an extremely rare occurrence... and not a natural event anyone can prepare for," he said.

CEO of Chernobyl Ireland Adi Roche described Mr McKeever as one of her heroes.

Speaking on RTÉ's News at One, she said she first met him raising money for the charity 20 years ago and they remained firm friends over the years.

"To be honest I'm totally shocked by hearing the news today, he was an extraordinary guy, an uplifting fella.

"Irish children and the children of Chernobyl will be poorer for his loss but he does leave behind an extraordinary legacy, which is one of incredible self belief in the power of what's possible and always looking on the bright side of even the most darkest situation," she said.

In Mr McKeever's last blog entry in October, he reflected on a tough but rewarding season climbing on Kilimanjaro and considered how heroes are judged:

"A hero is someone we can all admire without apology," he wrote. 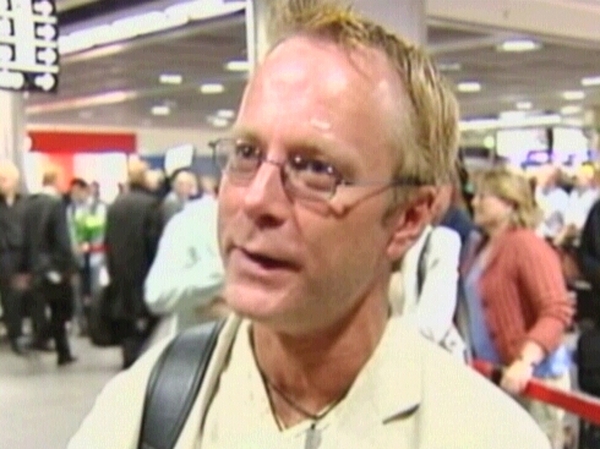