A review into the murder of Belfast solicitor Pat Finucane in 1989 has found that actions by employees of the British state "actively facilitated" the killing.

Mr Finucane was shot dead by loyalists in front of his wife and children in February 1989.

The report by Desmond de Silva concluded that there was no "adequate framework" for the police and security forces running agents in loyalist and republican gangs.

Mr de Silva said people whom the RUC Special Branch viewed as "thorns in the side" were not warned when threats were made against them.

He said the officers decided whether to inform people a threat had been made against them, only if a link could not be established to paramilitaries.

In his report, he highlighted one case involving another solicitor, Oliver Kelly, whom the RUC believed had links to paramilitaries.

"It was clear to me that steps were often not taken to secure the protection of those who were considered to be (as referred to in one intelligence document) 'a thorn in the side' of the security forces during this period of the Troubles."

It found that the British army and Special Branch had advance notice of a series of planned UDA assassinations, but nothing was done.

Senior officers from the RUC, MI5 and the military repeatedly raised this issue without anything being done for years.

Mr de Silva said successive governments knew this was the case, but did nothing about it.

The lack of guidelines was "significant", he said, as the offices did not know the extent "to which their agents could be permitted to engage in criminality in order to gather intelligence".

He said intelligence officers were being asked to do work that could not be "achieved effectively" in ways that were lawful.

"It is my view that those charged with upholding the law should never be put in the position of potentially having to break the law in order to discharge their official duties," Mr de Silva concluded.

Mr de Silva said "agents of the state were involved in carrying out serious violations of human rights up to and including murder".

He wrote that while there was no "over-arching state conspiracy to murder Patrick Finucane," there was collusion in his killing in terms of the passage of information from members of the security forces to the UDA, the failure to act on threat intelligence, the participation of state agents in the murder and the subsequent failure to investigate and arrest key members of the West Belfast UDA.

Mr de Silva said that each aspect of collusion can be explained by what he describes as "the wider thematic issues which I have examined as part of this review".

The publication of a report provides "the fullest possible account of the murder of Mr Finucane and the extent of state collusion", British Prime Minister David Cameron said.

He added: "It cannot be argued that these were rogue agents."

He said the degree of collusion exposed was "unacceptable" and said in a message to the family: "I am deeply sorry."

The Finucane family said "the dirt has been swept under the carpet" and described today's report as a sham and a whitewash.

In November 2011, Mr Cameron announced he was tasking Mr de Silva to examine the papers in what was one of the most controversial killings of the Troubles.

Last Sunday, RTÉ News published details of a 2003 inquiry which showed the RUC had recovered the murder weapon and gave it back to the British army to facilitate its destruction. 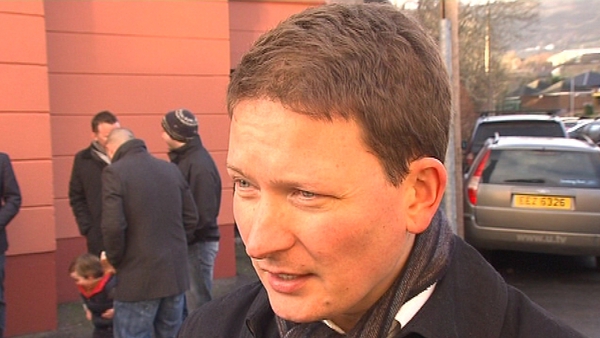