A new report from the Economic and Social Research Institute has found that 22% of the Irish population is living in jobless households, which is double the average across Europe.

The study says household joblessness should be recognised as a risk factor for poverty, and found that welfare payments were the most effective way of reducing poverty.

The ESRI focused on working age adults and their dependent children and the effects of the recession on them.

It says the high rate was partly due to the level of unemployment, but jobless adults in Ireland were more likely to live with children.

And the risk of living in a jobless household was higher for people with low levels of education, in lone-parent households and in households where an adult had a disability.

The report highlighted what it described as the “vital” role played by welfare payments in lifting these households out of financial poverty.

The research also looked at in-work poverty, where people have a job but are living in poor households.

This figure stood at 8% in 2010, similar to the European Union average.

The risk was higher for the self-employed, the report said, as well as for those in a low-skilled occupation, part-time workers and those with no educational qualifications.

Speaking on RTÉ's Morning Ireland, Associate Research Professor with the ESRI Dorothy Watson said there are some unique factors which makes Ireland different than other European countries.

"For instance they may be caring, they may be looking after young children, they may consider themselves unable to work because of disability and so on", she said.

Prof Watson added that "the distribution of work across households isn't random. 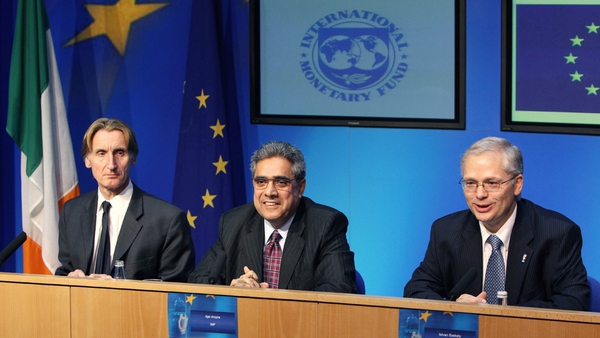