A ceasefire between Israel and Hamas held firm with scenes of joy among the ruins in Gaza over what Gazan militants hailed as a victory, and both sides saying their fingers were still on the trigger.

In the sudden calm, Palestinians who had been under Israeli bombs for eight days poured into Gaza streets for a celebratory rally.

They walked past wrecked houses and government buildings.

But as a precaution, schools stayed closed in southern Israel, where nerves were jangled by warning sirens.

Israel had launched its strikes last week with a declared aim of ending rocket attacks on its territory from Gaza.

Gaza is ruled by Hamas, which denies Israel's right to exist. Hamas had responded with more rockets.

The truce brokered by Egypt's new Islamist leaders, working with the US, headed off an Israeli invasion of Gaza.

It was the fruit of intensive diplomacy spurred by US President Barack Obama, who sent his secretary of state to Cairo and backed her up with phone calls to Israeli Prime Minister Benjamin Netanyahu and Egyptian President Mohamed Mursi.

Mr Mursi's role in cajoling Gaza into the US-backed deal with Israel suggested that Washington can find ways to cooperate with the Muslim Brotherhood leader whom Egyptians recently elected.

Despite the quiet on the battlefield, the death toll from the Gaza conflict crept up on both sides.

That marked a rare show of unity five years after Hamas, which won a Palestinian poll in 2006, forcibly wrested Gaza from Fatah, still dominant in the Israeli-occupied West Bank.

Israel began ferrying tanks northwards, away from the border, on transporters.

It plans to discharge gradually tens of thousands of reservists called up for a possible Gaza invasion.

But trust between Israel and Hamas remains in short supply and both said they might well have to fight again. 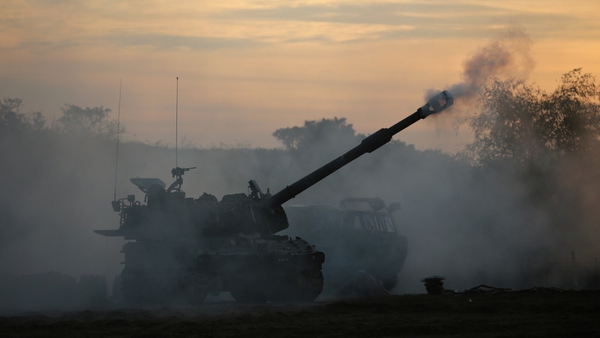 Egypt announces truce in conflict between Gaza militants and Israel