Egypt’s foreign minister has said a truce between militants from Gaza and Israel came into effect at 7pm Irish time.

Egyptian Foreign Minister Mohamed Kamel Amr made the announcement in a joint news conference with US Secretary of State Hillary Clinton.

Speaking in Cairo, Ms Clinton thanked the Egyptian government for mediating and said Egypt’s new government is assuming "responsibility, leadership" in the region.

"These efforts ... have resulted in understandings to cease fire and restore calm and halt the bloodshed that the last period has seen," Mr Amr said.

The exiled leader of Hamas said that Israel had failed in its "adventure" when it launched attacks on Gaza and had accepted Palestinian terms.

"It failed, praise be to God," Khaled Meshaal told a news conference in Cairo, adding that Israel had "failed in its adventure".

"If Israel complies, we are compliant," Meshaal told a news conference in Cairo. "If it does not comply, our hands are on the trigger."

The ceasefire mediated by Egypt brought an end to a conflict that killed more than 140 Palestinians and five Israelis.

Mr Meshaal said the agreement required Israel to open crossings with Gaza, disputing what he described as Israeli assertions to the contrary.

That had been one of Mr Meshaal's conditions for a truce. Israel controls all of Gaza's frontiers apart from Rafah, which is on the border with Egypt.

Israeli restrictions on what goes in and out of Gaza were tightened after Hamas seized control of the territory in 2007, choking economic life and making it harder for Palestinians there to visit relatives in the West Bank.

Under terms of the brokered deal, the issue would be "dealt with after 24 hours from the start of the ceasefire". Israeli sources earlier said Israel would not lift the blockade.

Mr Meshaal thanked Egypt for the role it had played as mediator. He singled out President Mohamed Mursi, the Islamist Egyptian head of state elected in June, for particular praise.

Mr Mursi was propelled to power by the Muslim Brotherhood, an Islamist group that is ideologically aligned with Hamas and which was banned under Hosni Mubarak, the autocrat toppled from power in a mass uprising in 2011. Meshaal also thanked Shi'ite Iran for what he described as arms and funding.

The United States, Mr Meshaal said, had played a "fundamental role" by asking Arab states and Egypt to work for a ceasefire.

Israeli Prime Minister Benjamin Netanyahu told US President Barack Obama he was ready to give the ceasefire a chance, his office said in a statement.

"(Netanyahu) spoke a short while ago with President Barack Obama and agreed to his recommendation to give the Egyptian ceasefire proposal a chance, and in this way provide an opportunity to stabilise the situation and calm it before any more forceful action would be necessary," an Israeli statement said.

Earlier, An Israeli plane has bombed the vacated house of a top adviser to Hamas's prime minister, according to local residents in Gaza.

In an eight-day-old bombing campaign, Israel has hit numerous government buildings operated by Hamas, and has also targeted countless militants.

But it had previously spared Hamas's political hierarchy, locals said.

An Israeli warplane first fired a warning missile towards the house of Essam al-Daalees, who works closely with Gaza Prime Minister Ismail Haniyeh.

Shortly afterwards it scored a direct hit on the building, in the Nusseirat refugee camp in central Gaza, flattening the property.

Medics reported that one passerby was wounded, adding that the house had been evacuated earlier.

Israel said it launched the offensive to halt repeated rocket attacks out of the coastal enclave.

Some 139 Palestinians have died in the violence, more than half of them civilians, while four Israel civilians and one soldier have also died. 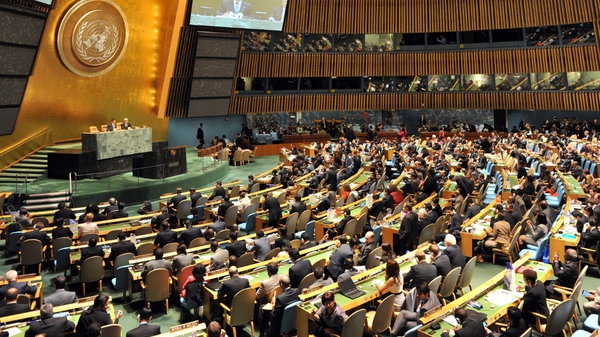 Clinton to work for Gaza truce 'in the days ahead'