US Secretary of State Hillary Clinton has met Israeli Prime Minister Benjamin Netanyahu and pledged to work for a truce in Gaza "in the days ahead".

Israeli airstrikes killed three Palestinian journalists in their cars, a Gaza health official and the head of the Hamas-run Al Aqsa TV said.

Israel acknowledged targeting the men, claiming they had ties to militants.

Later, an Israeli airstrike hit a building that houses the office of the French news agency Agence France Presse.

The strikes came on the seventh day of Israel's offensive against Gaza's Hamas rulers.

The two were driving in a car with press markings in Gaza City, shortly after wrapping up an assignment at the city's Shifa Hospital, Thouraya added.

The Israeli Defence forces confirmed on twitter that a media building had been targeted, housing what they said was a Hamas intelligence operations centre.

They tweeted: “The Hamas terrorists weren't in the media building to be interviewed. They were there to communicate with field operatives and plan attacks.”

The Israelis warned journalists to stay away from Hamas operatives.

Ms Clinton's outline of further days of negotiation, notably in Cairo with Egyptian President Mohamed Mursi, may dampen talk of an immediate end to a week of violence that has killed over 140 people, most Palestinians but including two Israelis today.

Officials from Egypt and from Gaza's ruling Hamas movement had talked up the chances of an end to hostilities, at least in some interim form, by the end of the day. But a Hamas leader in Cairo later told Reuters there would be no announcement before Wednesday. He blamed Israel for not responding to proposals.

Mr Netanyahu, who faces a general election in two months and had mobilised army reserves for threatened ground invasion of the enclave, stressed his interest in a "long-term" deal to end rocket fire on Israel - a kind of deal that has eluded him and his predecessors in four years since Israel's last offensive.

Ms Clinton, too, who broke off from an Asian tour with President Barack Obama and assured Netanyahu of "rock-solid" US support for Israel's security, spoke of seeking a "durable outcome" and of the "responsibility" for contributing to peace borne by Egypt, Gaza's other neighbour, whose new leaders hail from the Muslim Brotherhood that inspired Hamas's founders.

"In the days ahead, the United States will work with our partners here in Israel and across the region toward an outcome that bolsters security for the people of Israel, improves conditions for the people of Gaza and moves toward a comprehensive peace for all people of the region," Clinton said.

"It is essential to de-escalate the situation in Gaza. The rocket attacks from terrorist organisations inside Gaza on Israeli cities and towns must end and a broader calm restored.

"The goal must be a durable outcome that promotes regional stability and advances the security and legitimate aspirations of Israelis and Palestinians alike."

Mr Netanyahu, who has seemed in no immediate rush to repeat the invasion of winter 2008-09 in which over 1,400 Palestinians died, said: "If there is a possibility of achieving a long-term solution to this problem with diplomatic means, we prefer that.

"But if not, I'm sure you understand that Israel will have to take whatever action is necessary to defend its people."

Some 130 Palestinians have died in a week of fighting, the majority of them civilians, including 27 children.

Russia has accused the United States of blocking a bid by the UN Security Council to condemn the escalating conflict between Israel and Palestinians in Gaza.

It also claimed that other council members were filibustering the issue.

The US said, however, it was important that the 15-member council does not harm efforts under way in Cairo to broker a truce between Israel and Hamas militants.

The UNSC held heated closed-door talks on a possible statement, but diplomats said a sticking point was that the text did not mention Hamas missile attacks on Israel.

Israel said it was these attacks that prompted its major offensive against the militants in Gaza. 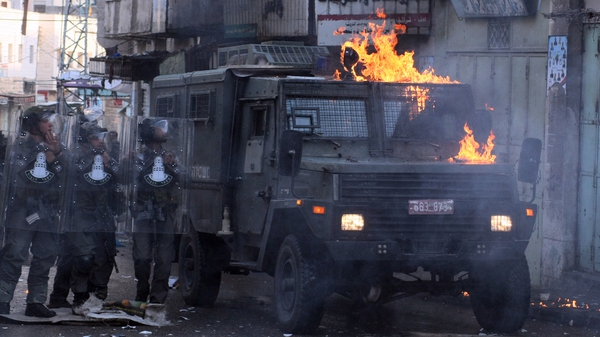