57% of the consultants surveyed by the Irish Hospital Consultants Association favour proposals from the Labour Relations Commission on work practice reforms.

However, the IHCA has requested an urgent meeting with the Health Service Executive's Deputy CEO, Tony O'Brien, to discuss outstanding concerns.

The issues on which the IHCA members were surveyed are separate from those which were referred to the Labour Court by the HSE, which the IHCA has said fall outside the Croke Park Agreement.

The proposals that were referred to the Labour Court dealt with reductions in consultant rest day entitlements, fees for second opinions for psychiatrists, and how to address significant backlogs of overtime known as historic rest days.

Speaking on RTÉ’s Drivetime, IHCA General Secretary Martin Varley said that he did not believe there was any provision for "re-engagement" in these Labour Court proceedings.

"The Labour Court hearing has been held last week, so it’s now over as far as we concerned," Mr Varley said.

"My understanding is there's no provision for re-engagement in the Labour Court, but I think what's hugely important here is that consultants want to treat more patients, have been doing that in extremely difficult circumstances over the last two years and are continuing to do it."

The consultants were surveyed on proposals dealing with rosters, a strengthened management role for clinical directors, expeditious submitting of claims to private health insurers and measures to support improved community and mental health services.

However, this was not a ballot, as Mr Varley said that IHCA members had overwhelmingly rejected collective bargaining.

Nevertheless, Mr Varley said that consultants were engaging, had already implementing changes on the ground, and had delivered significant savings.

He said they wanted a meeting with Mr O’Brien as soon as possible.

"We've communicated with him today and we've indicated that the IHCA council has recommended to its members that we should engage in a collaborative approach with a view to improving health care services throughout the country," Mr Varley said.

The HSE has insisted that the change programme will be implemented from next Monday, 5 November. 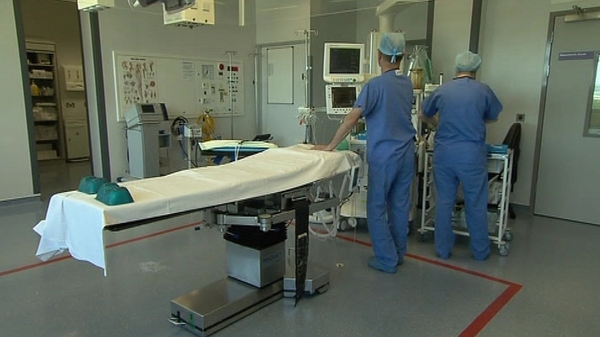