Campaigners for a Yes vote in the Children's Referendum this morning accused the No side of giving misinformation about the proposed changes to the Constitution.

Áine Lynch of the National Parents Council Primary said claims that it will be easier for the State to remove children from families can be quite damaging.

She said the wording of the proposal is such that it will not be easier for the State to take children into care.

Maria Mhic Mheanamain of Parents for Children, which is calling for a No vote, rejected claims the No side is giving out misinformation.

She said the reference in the proposed Article 42A to the "safety or welfare" of children likely being prejudicially affected would come down to someone's opinion to judge.

She said she believes this would make it easier to take children from their families.

Meanwhile, Ms Lynch also expressed disappointment at the lack of debate surrounding the referendum and said some voters may have a sense that it will be passed and that everyone is saying Yes.

She said that worries her and she urged everyone to come out to vote.

Separately, a social care worker and lecturer in Social Care Practice in Waterford Institute of Technology has called for a No vote in the referendum.

John Byrne said that with existing legislation and the Constitution as it stands, children have a voice and a sound mechanism to protect them if they are any way vulnerable at home.

He said the referendum is not just about children in care as it will have a profound impact on birth parents whose children may be adopted without their consent if it is passed.

Mr Byrne said the current child welfare system is dysfunctional and that needs to be addressed.

He also said that if the system was working properly children would not need to be adopted out of long term foster care, as they would not be left in such care for extended periods.

The vote on the Children's Referendum takes place on 10 November. 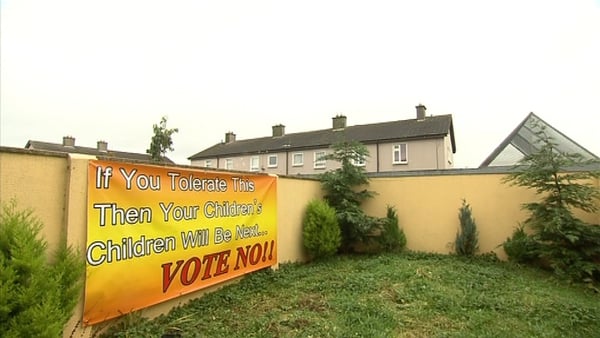