More than 100,000 refugees from Syria have fled to Lebanon according to the UN refugee agency.

In all, more than 358,000 Syrians fleeing the 19-month-old conflict have registered in four neighbouring states, including Turkey, Jordan and Iraq.

Tens of thousands more have fled but have not sought international assistance.

Lebanon has seen its own unrest, exacerbated by the assassination last week of a senior intelligence officer who had pursued evidence of Syrian attempts to destabilise Lebanon.

"In Lebanon, we have not seen, despite the recent turmoil, a decrease in people crossing," United Nations High Commissioner for Refugees spokesperson Melissa Fleming told a news briefing in Geneva.

The UNHCR has forecast that a total of up to 700,000 Syrian refugees may have fled abroad by the end of the year.

Ms Fleming called for international support for countries hosting the refugees. "These nations should not be expected to carry the entire burden alone," she said.

She said some 6,815 Syrian refugees have registered in North Africa, nearly all in Egypt, but the Egyptian government has said that there are up to 150,000 Syrians in the country, who may still seek refugee status if their money or visas run out.

The UNHCR urged European countries to keep open their borders for people fleeing Syria and grant them asylum.

Some 16,474 Syrians sought asylum in the European Union, Norway or Switzerland between January 2011 and August 2012, according to the UNHCR's latest figures.

"We have seen some uneven treatment depending on the asylum systems in the countries in Europe. However, we have not seen any indication that borders are closed," said Ms Fleming.

International mediator Lakhdar Brahimi, who held talks in Damascus on Sunday with President Bashar al-Assad, has proposed that Syrian forces and the rebels hold fire during the three-day Islamic holiday of Eid al-Adha, which starts on Friday.

The UNHCR said that "in anticipation of a possible truce during Eid", it was preparing 10,000 emergency relief kits for displaced families in areas around Aleppo, Syria's largest city, and Idlib, which it had so far been unable to reach.

Syrian rebels cast doubt on Monday on prospects for a temporary truce, saying it was not clear how it could be implemented. 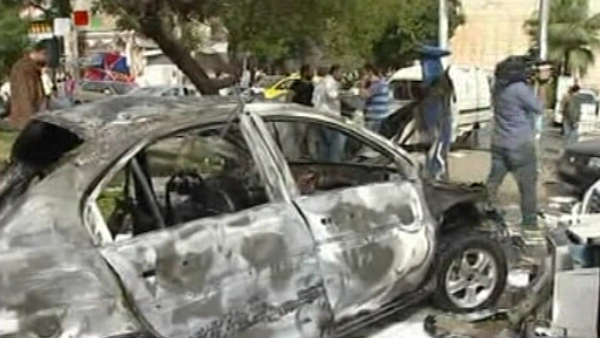