Ten people are reported to have been killed and dozens injured in a car bomb attack near a police station in central Damascus.

The blast happened in the old city area, which is said to be popular with shoppers and inhabited mostly by members of Syria's Christian minority.

It took place as President Bashar al-Assad was meeting international envoy Lakhdar Brahimi, who has called for a temporary truce in Syria's civil war.

Mr Brahimi, the joint UN-Arab League special envoy for the Syria crisis, has been criss-crossing the region with the aim of convincing Mr Assad's main backers and his foes to support the idea of a truce during the holiday, which starts at dusk on Thursday.

He held talks yesterday with Syria's Foreign Minister Walid al-Moualem, which the ministry described as "constructive and serious".

Syria has so far given a guarded response to Mr Brahimi's ceasefire proposal. 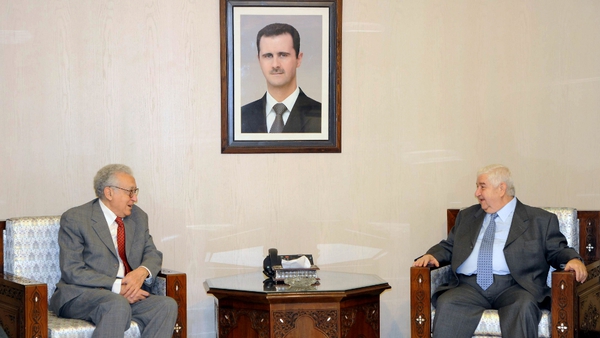