A key member of the Troika has queried the value of public investment in infrastructure in the years leading up to the financial crisis.

He made the comments in a technical review of the Irish Congress of Trade Unions' proposals to promote growth and jobs.

Unions have consistently argued the need for further investment in infrastructure projects to boost growth and employment.

In a letter to ICTU General Secretary David Begg, Mr Székely acknowledged that economy-wide investment had reached very low levels in Ireland at just over 10%.

However, he said it did not immediately follow that large scale projects were appropriate, given what he called Ireland's particular circumstances at this time.

He said that on the demand side, it was difficult to maintain that Ireland suffers from a substantial infrastructure deficit, given the very high levels of public investment undertaken in the period between 2005 and 2010 in response to identified deficiencies.

Mr Székely noted that the ICTU policy document itself draws attention to the high level of public investment in those years, while arguing that it has not necessarily translated into what he called "superior levels of education, health and telecommunications facilities".

He says he would be interested to know Mr Begg's views as to why this discrepancy exists - why did previously high levels of infrastructure investment not lead to improved facilities and outcomes for Ireland?

He asked whether more attention should be given to improving the efficiency of public expenditure, including capital expenditure.

Large scale capital projects with a potentially high import content would need very careful scrutiny given the parallel goal of restoring sustainability to the public finances, he said.

In the same letter, the EU representative said that domestic demand remains weak, having fallen by some 21% in real terms between 2007 and 2011.

He said their analysis showed that fall had been led mainly by the collapse in the completion of new buildings, car sales, alcohol and tobacco consumption.

However, he said the direct effects of the substantial rise in unemployment and the spill over on other sectors must also be acknowledged.

He noted that in 2007 new housing completions had totalled 78,000 - about one for every 20 households - a number now universally acknowledged to have been too high and a substantial misallocation of resources.

While this year's likely completions estimate of 8,000 is clearly well below the long-term trend, he says there remains a large surplus of vacant properties that will have to be cleared before housing output starts to increase again.

He was pleased to see positive year-on-year nominal domestic demand growth in the first quarter of 2012 for the first time since 2007.

Speaking after this afternoon's meeting, Mr Begg said that he does not believe there is still a united front in the Troika regarding austerity policies for Ireland.

Mr Begg said he did not believe the Troika intended to change its current policies.

However, he said that what he called the solid front which they had faced for the past three to four years was no longer solid.

He cited a paper published by the International Monetary Fund last week stating that they had underestimated the overall effect of austerity, adding that it was clear that the IMF no longer "believe the story".

He said he believed it was an evolving argument and that eventually the ground will shift.

However, by the time that happens, so much damage may have been done that it will be a pyrrhic victory for us, he said.

He said that in light of the unemployment crisis, it was time to change direction.

He claimed Troika representatives had pointed out that it was the government at the time of the bailout that had insisted on confining the programme to a four-year period.

The world would not end if the programme had been done by 2017 instead of 2015, he argued, saying there could have been a much better result.

SIPTU Vice President Patricia King said the Troika had made no comment about the Croke Park Agreement.

She said the union side had asked the Troika whether or not they had given any view or comment or otherwise on the agreement and they said absolutely not.

Ms King quoted the Troika as saying that as far as the Troika were concerned, the Croke Park Agreement is part of the bailout programme and they were "quite insistent" that they did not advise the Government in relation to that.

She said all they needed to know was that the Government figures were going in the right direction but as regards any comment on the Croke Park Agreement, they had none to make.

Meanwhile, Social Justice Ireland has strongly criticised the austerity policies of the Troika, and the data on which they rely for those policies.

Arriving for a meeting with Troika representatives, Fr Sean Healy said there had been serious problem with material they had published recently.

He said they had used data very selectively leading them to inaccurate conclusions and what he called very questionable policy recommendations.

He said a recent document had claimed that poverty had remained steady over a number of years, when it was actually rising dramatically.

He also said that a recent European Commission study had shown that Ireland was one of only two countries where the richest quarter of the population did not take the worst hit.

He said any fair person would say that the Social Justice Ireland analysis was more accurate than what the IMF, the European Union and the Central Bank were producing. 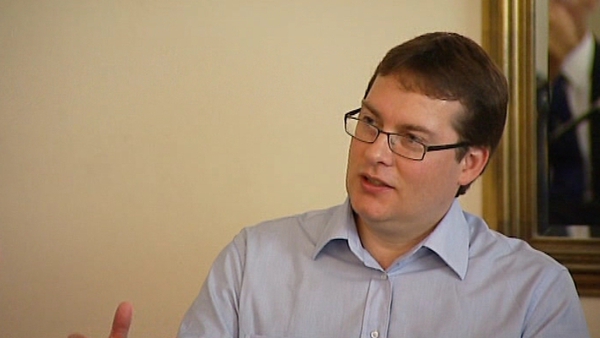