A member of the Troika has told an economic conference in Galway that growth prospects for the euro area are deteriorating.

Resident International Monetary Fund representative Peter Breuer said reforms such as a fiscal and banking union could help arrest the decline in confidence of the single european currency.

Mr Breuer said that the solution the IMF suggests is a banking union and a fiscal union with tighter controls.

That would mean tighter control of public finances across member states and sharing the costs of fixing the banks across the euro area.

Mr Breuer said financial markets remain under stress and many countries were struggling with long-term unemployment.

But he said these problems could be addressed if the road map to European monetary union was introduced.

Ms Merkel said in her weekly video podcast that Greece's progress is slower than hoped "but on this matter we should always give Greece another chance".

Her comments appeared to signal a further shift in Germany's position toward showing more patience even though Athens has fallen behind on the ambitious reforms and cuts it must implement in return for bailout loans.

The subtle shift comes amid calls from the IMF to give Greece two more years to meet the agreed targets. 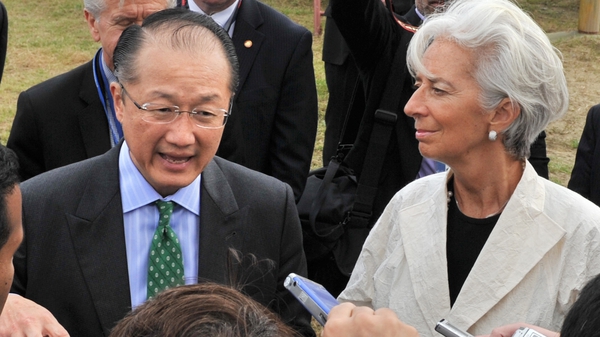